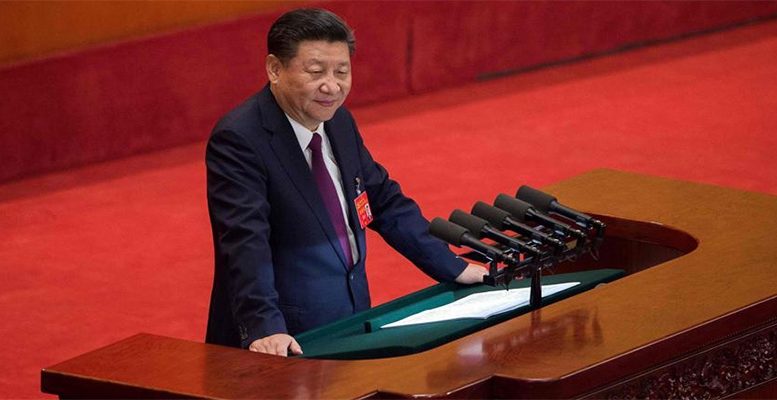 * Wang Tao is the chief China economist at UBS AG.
Wang Tao via Caixin | The much-anticipated 19th National Congress of the Communist Party of China began on Wednesday, with its general secretary, Xi Jinping, delivering a quinquennial report setting the tone for the party’s ideology and policy agenda for the coming years. Xi, who is also president of the country, noted that China has entered a “new era of socialism with Chinese characteristics,” where “uneven and inadequate development” sits at odds with “people’s ever-growing demand for a better life.” To address this contradiction, Xi outlined a set of thoughts and basic principles, with an apparent greater economic policy focus on the quality and equality of development (and less on specific numerical growth targets) than before.

Our key takeaways are:

No big shift in policy direction, in line with our earlier expectations. Xi’s speech followed the same recent policy lines on supply side and state-owned enterprise (SOE) reforms; private-sector development and the role of the market; economic opening; and the social safety net.

A subtle de-emphasizing of specific growth targets. Xi’s speech outlined his long-term vision for China (a modern socialist economy by 2035 and a great socialist economy by 2050) without specifying a gross domestic product (GDP) target, perhaps signaling a subtle shift of the party’s primary development objective. That said, he reaffirmed a long-standing line that “development is the foundation and key to addressing all problems,” and left no doubt on the government’s commitment to achieve “a moderately prosperous society” by 2020, including its goal of doubling 2010 GDP by 2020. To achieve that goal, we estimate that China only needs to grow by 6.3% per annum from 2018 to 2020, and thus expect the government to soften its growth target at the margins for 2018.

Deepening supply-side reforms and fostering new supply. While reiterating the need to reduce overcapacity and leverage while continuing to strengthen broader infrastructure, Xi also called for a need to move up the global value chain and develop new growth drivers in mid- to high-end consumption, innovation, green and low carbon, a sharing economy, a modern supply chain, and human-resource services industries.

Reiterations on market economy and SOE reform. Xi’s speech reiterated the importance of markets in resource allocation, along the same lines as established at the party’s third plenum in 2013. Full implementation of the negative-list approach to market entry, increasing the role of direct financing (capital market) and deepening of fiscal reforms should be expected in the next two to three years. The wording on SOE reform is similar to that of recent government announcements or documents. As written recently, we see faster SOE reform in the coming year along the lines of capacity consolidation, cost-cutting, and development of mixed ownership. We expect these measures to help improve SOE returns and lower SOE gearing; hence a positive for the financial sector.

More emphasis on environmental protection. Xi’s speech devoted a whole section, separate from economic development, on environmental protection. China is to develop new technologies in green manufacturing and clean energy; to clean up air, water and soil pollution; to develop green finance; and to reduce emissions as per its commitments. Xi also said that China will establish a national natural resource management and ecological supervision agency. We expect environmental rule tightening to continue, deepening the impact on various sectors and companies in the economy.

A bigger emphasis on social protection and equality. Xi’s speech signaled the increasing importance for social protection and inequality reduction in the coming years. Policy measures outlined in the speech include broader and less uneven coverage of pension and health care insurance nationwide; better and broader basic public services; rejuvenation of rural areas through land and fiscal reforms; and developing appropriate scaling of farming operations, increased spending on high school education and vocational training, and provisions for more affordable housing. On rural land leases, Xi announced that rural land leases will be extended by another 30 years after current leases expire (most in about 10 years).

Opening-up reaffirmed. Xi said China will further open up its economy, including via the full implementation of a “negative list” market entry system; substantial opening-up of market entry, especially in services areas; and further developing foreign trade. The “Belt and Road” initiative will be a key driver of the opening policy, while China will also explore the establishment of free ports. While we expect a gradual opening of China’s capital account, we expect the nuts and bolts of existing controls to remain in the near term, and do not expect any immediate change in the exchange rate regime.

Xi’s speech did not talk much about deleveraging or the property sector. We think the former is because the recently concluded Central Financial Work Conference had already established key policy objectives and directions for the coming years. We expect the government’s drive to contain leverage and prevent financial risk to continue. Despite the recent cut in the reserve requirement ratio and the bullish speech by People’s Bank of China Governor Zhou Xiaochuan, we do not expect monetary policy to loosen in the coming year unless growth slows substantially. On the property sector, Xi reiterated the government principle “Housing is for living, not for speculation,” and called for the provision of housing for all. We think the upcoming economic work conference in December may shed more light on the government’s “long-term mechanism” to ensure the stable and healthy development of China’s property sector. In the meantime, we see a further incremental tightening of property policies against the backdrop of still-strong sentiment, but do not expect a property tax to be rolled out soon.

Wang Tao is the chief China economist at UBS AG.