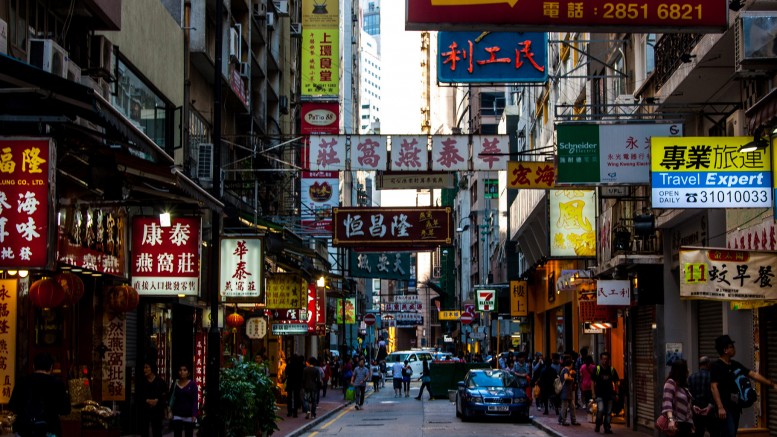 Shaun Riordan │ The Hong Kong protests have now entered their tenth week. Over the weekend protestors are reported to have fought running battles with the police in the Metro system. The police have had recourse to batons and tear gas. The dangers for Hong Kong´s political and economic future are clear. But the dangers are much broader than Hong Kong. Markets should be watching carefully.

The Joint Declaration signed by the UK and China in 1984 does not promise Hong Kong democracy. It could not do so. In 1984 Hong Kong was not a democracy, but rather a British colony. Local social and economic elites were co-opted into the government alongside colonial officials. There were no democratic elections as such. What the Joint Declaration did promise was that Hong Kong´s economic and administrative system would remain unchanged for fifty years after its return to China. This is what “one country, two systems” meant.

The British and Chinese interpretations of the Joint Declaration quickly diverged. China saw the return of Hong Kong as part of ending the century of humiliation by the west. In return, it would guarantee Britain´s economic and commercial interests in Hong Kong, as well as giving British companies privileged access to contracts, especially major infrastructure projects, in China.

The UK also sought to democratise Hong Kong, introducing direct elections for a limited number of assembly seats for the first time. This was particularly sensitive for China, which could not understand why the UK suddenly was worried about democracy in Hong Kong. Chinese officials concluded that this was a British ruse to maintain de facto control after Hong Kong´s return to China by manipulating the democratic process.

Despite the negotiating problems, and crises like Tiananmen and the Hong Kong airport, agreements were reached on most issues, and Hong Kong was returned to China in 1997. However, it was clear that for the “one country, two systems” to function, both sides would have to show restraint. It was not just a question of the Chinese government resisting the temptation to intervene in Hong Kong. Hong Kong people would also have to understand, and respect, the limits to what the Joint Declaration and “one country, two systems” promised.

This is what has now broken down. Westerners, whether politicians or journalists, should beware encouraging the Hong Kong protests. It can only end badly. We have a long history of encouraging pro-democracy, anti-authoritarian, protests, only to abandon the protestors to their fate when the going gets tough: Hungary, Czechoslovakia, Tiananmen, Egypt, Syria, Ukraine … Those without skin in the game should be cautious in what they encourage.

China is not going to make any concession that endangers Hong Kong´s status as part of China. No foreign government will intervene on behalf of the Hong Kong protests, or put at risk its interests in China (and that includes the US). Britain has no grounds to intervene under the Joint Declaration. Either more moderate voices among the protestors find a compromise way out, or there will be a crackdown.

The consequences of a crackdown depend on its severity, and whether it is carried out by Hong Kong police or Chinese army units. It will not be another Tiananmen. The Chinese now have a sufficient riot control capability to eschew the use of live rounds. It will have severe implications for the economic and political future of Hong Kong. But the implications could be much wider.

The return of Hong Kong and Macao were only the first part of a plan to reunify China, and end the century of humiliation. The “one country, two systems” concept was designed to attract Taiwan back to the homeland. Provided the concept worked tolerably well in Hong Kong and Macao, and provided Taiwan did not declare independence, the possibility of reunifying Taiwan and the mainland through peaceful means remained at least plausible.

A hard crackdown on the protestors in Hong Kong, followed by increased Chinese interference in the territory, would end even the dream of peaceful reunification. The Chinese Communist Party, and in particular Xi Jinping, cannot give up on the return of Taiwan, especially if the Chinese economy is slowing in a long term confrontation with the US. The prospect of Chinese military action at some point against Taiwan increases.

The Hong Kong protests thus have implications for the economic and geopolitical stability of the entire region. Western observers, instead of egging the protestors on, albeit implicitly, would do better to urge restraint, by the protestors as well as the authorities.