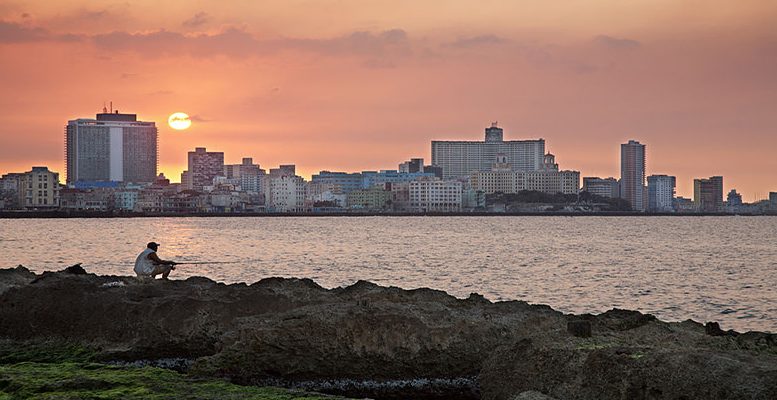 “Cuba is not a democracy”, the Spanish Prime Minister replied when asked if Cuba is a dictatorship. The debate, in Spain, was sparked by a leader of UN Podemos, partners in Sánchez’s government, who denied that Cuba was a dictatorship. When asked, the new government spokeswoman, Isabel Rodriguez, declined to answer… Until Sánchez went off on a tangent, as he has done so many times before, claiming that “it is not a democracy”. Very prudent, perhaps because he knows that Spain has strong interests on the island.

There are currently 285 Spanish companies present in Cuba. In tourism, above all, with the Meliá group leading the way, with 40 hotels spread across the island. It is followed by Iberostar, with 18 hotels, Barceló and NH. Travel and tourism services companies in Cuba are the other major players affected by the situation in the country: Amadeus, Viajes El Corte Inglés and Iberia, the Spanish airline IAG, which have been working since March last year under international restrictions. There is also the presence of BBVA or Banco Sabadell and the leader of the tobacco sector in Spain, Altadis, present for the production and export of cigars through Habanos S.A.

Spain is the country with the most branch and mixed companies on the island, as well as being its third largest trading partner, behind China and Venezuela, with an exchange of 1,027 million euros in 2019, between imports and exports. The all-time record for Spanish exports to Cuba was in 2018, with 971 million euros, the year in which the Spanish Prime Minister, Pedro Sánchez, made the first official visit to Cuba by a Spanish president in 32 years, since Felipe González’s trip in 1986. The aim of that trip, in November 2018, was to take advantage of the arrival of Cuban leader Miguel Díaz-Canel to the presidency and the new stage he was expected to begin in order to deepen political and commercial ties between the two countries.

But the Covid-19 crisis has taken its toll and in 2020 exports plunged 35% to 592.5 million euros, compared to 908 million in 2019. And business with the island has been difficult for some time now. Since the end of 2016, there have been major supplier defaults.

In 2019 there was a new setback: the activation of Title III of the Helms-Burton Act, which allows US citizens to reclaim their properties in Cuba expropriated by the Castro regime, affecting Meliá, Barceló and Iberostars, which are trying to maintain their businesses on the island.