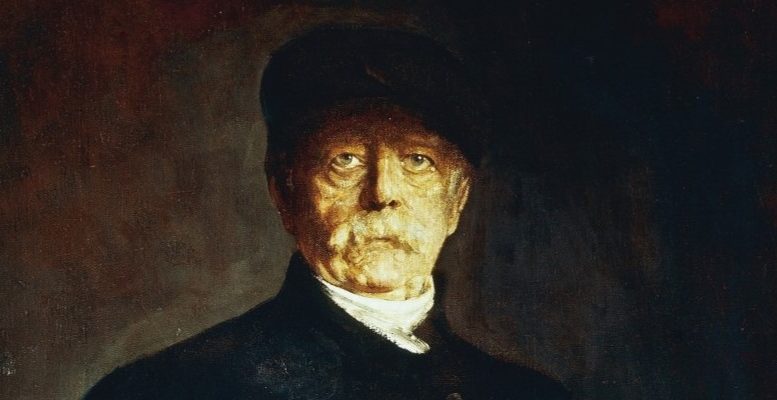 The crimes of the Third Reich, product of the alienation of its Chancellor Adolf Hitler, still horrify. But no-one remembers the Second Reich, whose Chancellor, Otto von Bismarck, is no less execrable than his 20th century successor, at least outside Europe. For this we can thank proofs like “Guilt and Debt” of the German Dierk Schmidt, in exhibition at the Velazquez Palace until 10 March.

The German artist describes in minute, we might say cruel, detail the Conference of Berlin (1884-1885) and its consequences: when the European dignitaries, avid for wealth and glory, divided up Africa among themselves. The immense sufferings caused to those “peoples without history”, according to the Hegelian philosophy accepted uncritically by so many of the ideologies that have driven many of the events in our own world, was of no importance. Germans, Britons, French, Belgians Portuguese and Spaniards carried out genocides, seizing territories and African nations, for them savage, as Schmidt’s art recalls. It is not a product of his imagination. His recreation faithfully reproduces the millions of deaths caused by the invasion of criminals converted into heroes, classless adventurers in pursuit of the abundant treasures in an Africa, since then dispossessed, stolen for the benefit of their own countries. From these events comes today’s realities. That history, literature and film glorified them does not make them better. Because of this we must look at this unusual exhibition so that the current post-colonial society should know the truth. Schmidt’s work tells us that the time of the single discourse is over: the claim of the full humanisation of very thinking being is not a task exclusively for any one race or any one continent.

The chilling realism of this central European artist – more educational than history books – seems to be imbued with the motivating idea of the black African concept in art: beauty in itself is irrelevant, banal; it must be useful to fulfil its function. The manners of Leopold II in the Congo, Cecil Rhodes in South Africa or Julian Ayala in Equatorial Guinea were perchance aesthetic? “Guilt and Debts” exists to pay, or at least recognise.