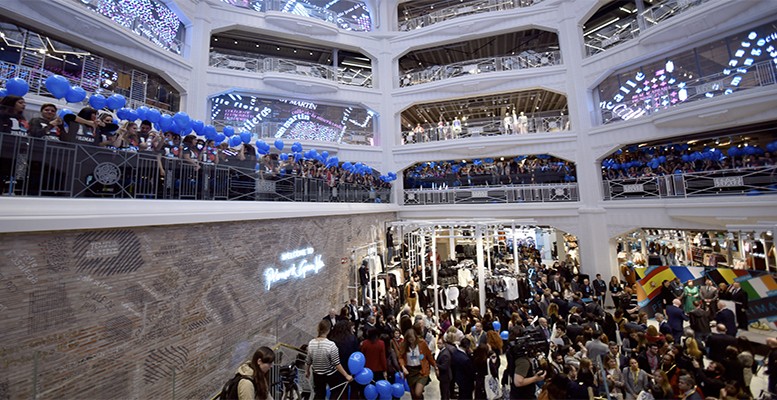 F. Barciela and F.G. Ljubetic | The figures issued by the Bank of Spain have confirmed what we could already see with the naked eye; namely that Spaniards are losing their fear of the future and spending again. After several years of austerity, the consumers in Spain have gradually loosened their purse strings over the past year. And to such an extent that consumer spending rose 3.1% in 2015, almost tripling the 1.2% registered a year earlier.

This increase was the highest in the eurozone, where the rises are close to zero.  The Bank of Spain said the increase was explained by improved credit conditions.

But it’s obvious the boost in consumer spending has been helped by the fact that Spain created the most jobs in the eurozone in 2014, over half  a million. This means the number of employed people rose by 3%.

The increase in consumer spending was so strong that it contributed to Spain achieving GDP growth of 3.2%, outpacing its eurozone peers. Spain was the star performer, with an 0.8% increase in GDP in the fourth quarter of 2015.

Apart from Spain, the area actually showed very disappointing growth. GDP expanded 0.3% in the final quarter of 2015, which meant the eurozone grew just 1.5% for the year as a whole.

The outstanding spending figures have not impressed analysts that much, because they know that, after a crisis, it’s normal for Spanish consumption to pick up more rapidly than in the rest of Europe. There, consumers wait until the economic recovery is a reality before spending again. In Spain, they go shopping again at the first sign of a revival.

In any event, some analysts thought things could be different this time round due to the current political uncertainty. But the strength of consumption is so steady that not even the doubts over the next government have had any measurable effect on spending figures.

All this has boosted expectations that the momentum will continue far enough into 2016 to prevent a political deadlock from derailing Spain’s recovery.