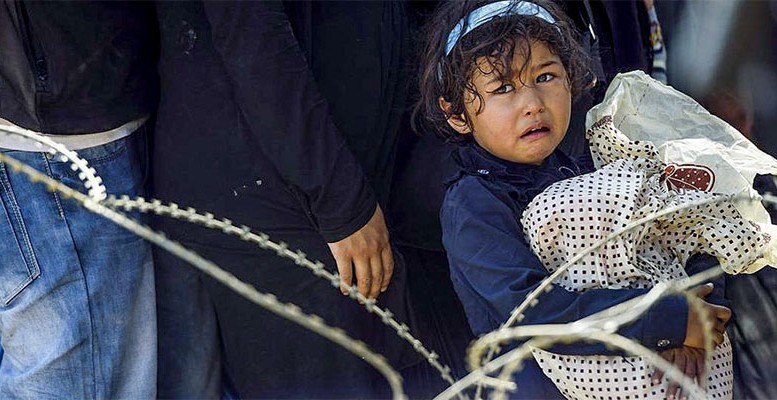 Jarno Lang | For the past 12 months, headlines over refugees and capsized boats have dominated the news agenda. The first month of 2016 was the deadliest January to date, counting casualties in the Mediterranean alone. The number of displaced people—about 60 million—is now on par with that experienced during World War II. Although the situation has intensified steadily since 2013, many politicians and commentators have failed to grasp the underlying catalyst behind the crisis.

According to the United Nations Refugee Agency (UNHCR), most displaced persons seeking refuge in Southeast Asia come from Bangladesh and Myanmar, and the numbers are rising. The initial reaction from Southeast Asian countries in early 2015 was to reject all incoming boats, a stance that only changed after intense international pressure.

In the African-Middle Eastern-European triangle, overwhelming numbers of people are fleeing from conflicts in Syria and Iraq. However, many European nations did not react any better than Asian ones. Italy’s rescue efforts through Operation Mare Nostrum were forced to shut down due to a lack of funds. Italian officials later admitted that the country was not capable of effectively rescuing all boats in danger. Its European Union-sponsored replacement, the Frontex mission “Triton,” has no mandate to conduct search-and-rescue operations in the Mediterranean and is instead “a clear testimony to EU member states’ continuing preoccupation with protecting borders over people.”

Migrants as “The Other”

In Europe, sympathy for and fear of refugees has taken turns to dominate sociopolitical discourse. In Australia, despite domestic political upheaval and leadership changes, strong anti-immigrant rhetoric and a tightening of border controls have dominated headlines.

However, be it in Europe or the Asia Pacific, those who argue for closed borders have not understood the signs of our time. While one of the cornerstones of our contemporary global political system is that of nation states, migration should, understandably, be a controlled process governed by national and international laws.

But are we really capable of maintaining this order when millions of people are crossing borders and looking for shelter?

We might be able to do that for the time being, but as history has countlessly shown, walls tend to be broken down or circumvented, and the European Union’s image of being “Fortress Europe” is not indestructible. As pointed out by the Overseas Development Institute: “When legal migration corridors are tightened and countries’ borders become more closed, people don’t stop coming; they just change their route.”

Thus, people arguing for or against Europe building higher walls and tightening borders are stuck in yesterday’s discourse. The reality of tomorrow is not about being able to keep borders tight, but about how countries should deal with those fleeing from desolate places to safer and wealthier ones, and how countries can regulate and prevent such huge influxes of people in the first place.

It was German Chancellor Angela Merkel who understood this situation long before other political figures. If, in the future, desperation forces people to leave their homes in their millions to seek shelter somewhere else due to issues like climate change, the present “crisis” will look smaller in comparison.

Plans to solve this problem are nothing new, but they need to be repeated in order to be heard. First, in the long-term, true to President Bill Clinton’s famous campaign slogan of “the economy, stupid,” the actual roots of violent clashes between social and ethnic groups in unintentional sending countries need to be identified and addressed. If wealth and opportunities are equally distributed, dissent and hate are less likely to grow, as the German government proposed in a ten-point plan.

Second, in the medium-term, wealthier nations need to acknowledge that their current economically developed status is due to the existence of asymmetric power. This dynamic has essentially allowed them to become rich partly by exploiting the less powerful. Consequently, they need to deploy a more appropriate part of their economic resources to aiding those less fortunate. This means that European countries, as well as the wealthier nations in Asia, need to deal in a more open manner with refugees by collectively showing more solidarity toward the displaced.

This is not a call for a revolution, nor is it to argue against the existing status quo of nation states or the rule of law. It is also not meant to brush aside those who worry about the very real impact that huge migration movements bring to receiving countries in both Europe and Southeast Asia. But this is a call for a rethinking of our global system; a call for simple pragmatism that could lead to a gradual opening of our narratives in the years to come.

Today, millions of people have fled their homes and millions more will follow. Principles alone will not keep desperate people from seeking shelter in a safer place. In some countries, the pursuit of happiness is even interpreted as a constitutional right. Therefore, if the more economically developed societies savor the effects of globalization, they need to accept the responsibilities that go hand in hand as well.

In order to overcome the challenges of huge migration movements, and thus in their own interest, the receiving societies should keep squabbles over closed borders to a minimum and try to help those in need, while cooperating on improving the living conditions of those less fortunate.