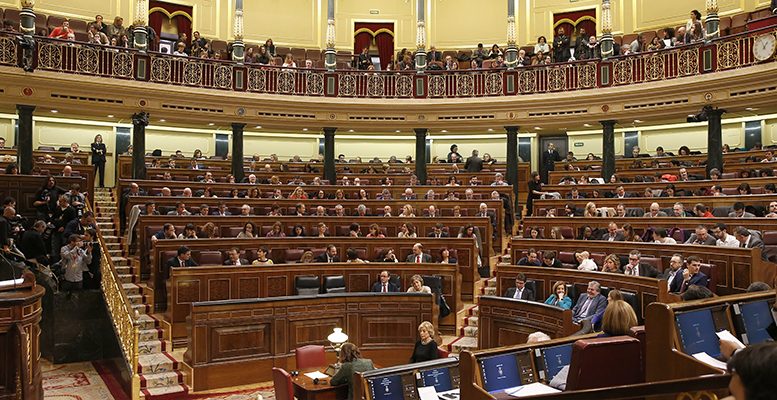 As we have already said there are moments when the economic and political cycles don’t go hand in hand. Yesterday, the investiture of caretaker Prime Minister Mariano Rajoy got underway, with very slight possibilities of his being able to win enough votes to return to office with a majority. But the Ibex 35 blue chip index didn’t even move: in fact it posted a nearly 1% gain.

It’s interesting that it was some of the big companies (like Santander, BBVA or Telefonica) which led the gainers, when they are precisely the ones who have called for a strong government in Spain. Rajoy focused a large part of his investiture speech on the economy, insisting on the need for a “solid and stable government” which transmits calm, in order not to spoil the recovery. This is exactly what the big hitters in the Ibex 35 are calling for, but which they are unlikely to get this time round, unless there is some last minute surprise.

For the time being the recovery is not suffering. The Spanish economy is going to grow over 3% this year for the second year in a row (thanks in part to the boost from exports, tourism and private consumption). And it’s more than likely that by end-2016 there will be another 500,000 people contributing to Social Security.

Rajoy reiterated that his government’s main objective would be job creation, promising yet again to have 20 million people in work in 2020. The new plan to tackle unemployment would include increasing fiscal incentives for the self-employed, improving the flat rate, eliminating the hurdles and studying the possibility of introducing more flexibility in the area of contributions.

As far as companies are concerned, the Popular Party’s agreement with the centre-right Ciudadanos party includes a tax cut for firms which invest in development. There is also the proposal for a National Agreement on R&D&R with the aim of reaching the 2% public investment target in 2020.

Spain has had a caretaker government since December, and the 2017 budget will have to be postponed come what may. On Friday, we will know whether Rajoy’s bid to secure a second term in office is successful or note.