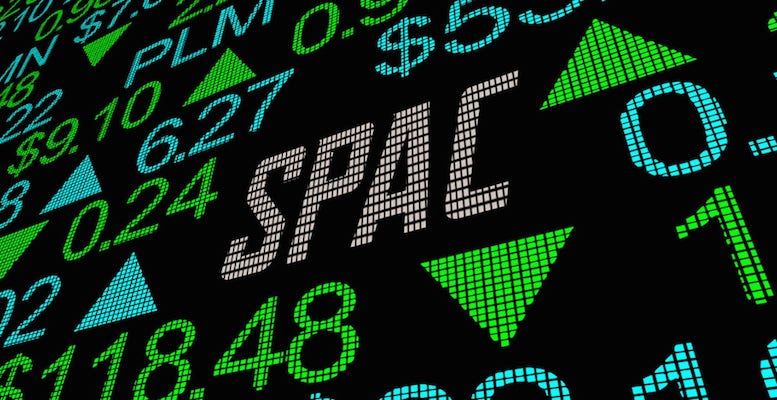 Spacs are shell companies that are floated on the stock market with one purpose: to buy another company

Daniele D’Alvia via The Conversation | What do Taylor Swift’s record company and Asian “superapp” Grab have in common? They are both part of Wall Street’s recent dealmaking fad: special purpose acquisition companies (Spacs).

Spacs are shell companies that are floated on the stock market with one purpose: to buy another company. This aims to achieve the same as a stock-market listing or initial public offering (IPO), but in reverse. Instead of a traditional company seeking to raise capital from investors through an IPO, with Spacs the empty listed company is set up first. For this reason, they are sometimes known as blank-cheque companies.

Depending on where the Spac is listed, whoever is in control usually has two or three years to find a company to buy. If they fail, the Spac will be wound up and the funds returned to investors.

Spacs have been around since the 1990s, but they exploded in popularity in 2020 and early 2021. This is partly because there has been more and more capital looking to make money, since bonds have been paying unattractively low interest rates, and far fewer companies are listing than in previous decades.

Regulations have made traditional flotations slower and more expensive. Flotations are also traditionally underpriced on the day of listing to drum up investor interest. But a crucial advantage of Spac deals is that they are privately negotiated and avoid the risk of money being “left on the table”.

More recently Singapore-based app Grab, which offers everything from ride hailing to online banking, has done a Spac deal which will see it valued at US$40 billion (£29 billion). And star US hedge fund manager Bill Ackman, who created the biggest Spac ever in 2020 with a value of US$4 billion, is using it to buy 10% of Universal Music, whose roster includes Taylor Swift, Kanye West and Sting.

Yet despite this eye-catching activity, many would say the bubble in Spacs has burst recently. Only 30 Spac flotations took place in April and May compared to 299 in the first three months of the year, while total Wall Street investment-bank revenues derived from these vehicles has fallen from over 20% to under 5% over the same period.

Finally, the two largest US exchange-traded funds focused on Spacs – SPAK and SPCX – are down 26% and 12% in value respectively from their February highs. This is probably linked to US regulator the Securities and Exchange Commission (SEC) beginning to rein in the sector to protect retail investors.

Though in my view the rate of Spac creation would have slowed down to reach a lower equilibrium anyway, the SEC intervention is reducing some of the benefits to using Spacs as a way of accessing the capital markets. For instance, the SEC has made it harder for Spacs to reward early investors with shares in a company after an acquisition, and is looking at preventing the management from making statements about future profitability.

Regulators often resist financial innovation in the hope of reducing the uncertainty in investing. It is not by chance that Gary Gensler, the SEC chair, recently associated spacs and bitcoin when he spoke of the need for better investor protections. As with Spacs, regulatory moves to restrict the use of bitcoin and other cryptocurrencies have probably contributed to prices falling lately (along with other worries such as bitcoin’s carbon footprint).

And that’s not all Spacs and bitcoin have in common. Bitcoin is e-money that can circulate anonymously among infinite users without needing banks or a central issuing authority. But these potential benefits depend on enough users accepting it as a store of value. To paraphrase something said of currencies in general, bitcoin is like a religion, based on faith.

The same is true of Spacs, in that public investors entrust the management to find a suitable takeover target. And both bitcoin and Spacs disrupt the common wisdom around an established financial practice. While bitcoin is a new way of exchanging value, some have described Spacs as the second coming of the IPO.

In part due to the severe restrictions that a traditional IPO places on how a company may communicate its story, companies not yet producing revenues had been staying private for longer. Spacs changed this, and in the process became a way for amateur investors to be part of late-stage venture capital funding. Instead of only accredited professionals and insiders providing such funding to new companies, Spacs open them up to anyone – particularly in an era where stock-market investing has been made easier thanks to apps like Robinhood and eToro.

Again, the same is said of bitcoin and other cryptocurrencies: if amateur investors think a crypto project could eventually go stellar, by buying and holding the relevant coins they can invest far earlier than with equivalent projects in previous decades.

In this way, investors can make bets on whether new kinds of investment like Spacs and crytocurrencies will succeed. Inevitably they need to be regulated, but regulators will need to be careful in how they handle these nascent products if they want them to develop. Vehicles for creating future wealth, be it Spacs or bitcoin or anything else, are underpinned rather than undermined by uncertainty.

They have developed systems for self-regulating by specialists who often understand the needs of the various players better than the regulators themselves. In the case of Spacs, regulators should focus on ensuring that the financial information published by the companies involved is truthful and consistent – so, for instance, the SEC is right to be tightening up on to what extent Spac operators disclose conflicts of interest.