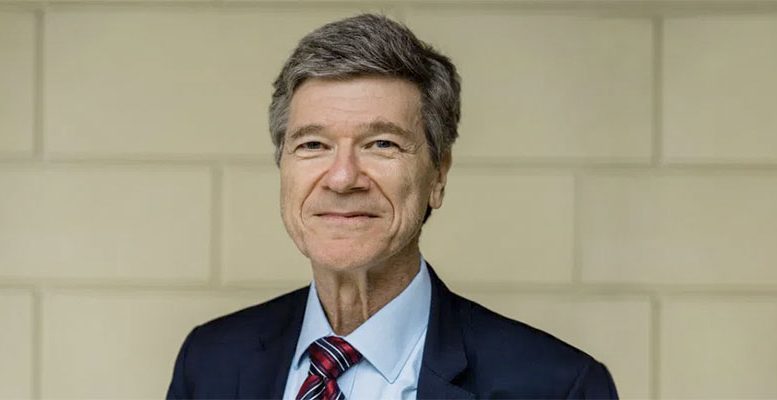 Pablo Pardo | Jeff Sachs is the activist economist. An interview with him seems more like a conversation with a leader of a social or political movement than with one of the youngest full-time professors in the history of Harvard University. At 66 years old, he has just published in Spain his latest book, ‘The Ages of Globalization’ (Deusto). He still believes in the integration of the world economy as much as he did three and a half decades ago. However, at the slightest opportunity, he launches into anti-Trump meanders that do not always have to do with the question he has been asked.

Q: How did your colleagues react when you rolled up your sleeves and decided to work with governments, NGOs, the UN, and so on, instead of focusing 100 percent on academic research and thus perhaps even one day opting for a Nobel Prize?

A: Economics should be an ethical science, in the sense of aiming at human welfare. It should be more like medical science, not a science that observes phenomena like, for example, astronomy. This scientific field needs a new ethical basis, because the ethics of economics was established by Hobbes, Locke and Hume, and also new methods.

Q: Speaking of ethics. You are one of the biggest advocates of development aid. However, in ‘The Ages of Globalization”, you relate how China, Korea, Taiwan, Singapore, Hong Kong and, in the 19th century, Meiji Japan left poverty behind without international aid, just through trade. And how Africa is following the same path today, only this time its exchanges are mainly with China (paradoxically, one of the countries that has just emerged from poverty).

A: Economic and development aid is a matter of simple humanity and decency. It should not be a real subject of debate. After all, I have only defended development aid from rich countries of 0.7% of GDP. Not even 1%! It is amazing how much we have to fight for such a basic principle and for such small amounts. Aid is certainly not the essence of development, but it is the essence of saving lives, and it can help pave the way for development. The Global Fund to Fight AIDS, Tuberculosis and Malaria that I helped establish has saved millions of lives at a minimal cost. The problem is that the aid is caught in a net of intolerance and racial hate. Africans have been accused of every sin – corruption, mismanagement, ignorance, you name it – while Europe and the United States first enslaved and then exploited Africa. The powerful write the history and, also, the moral narrative.

Q: Inequality globally has declined but, as you point out in the book, it has grown within countries. That is particularly true of the two biggest powers, China and the U.S. Which is more dangerous, international inequality or inequality within countries, given the political problems it can trigger and which have been reflected in, for example, Donald Trump?

A: U.S. inequality is a reflection of the deep racism that built this country. Power in America has been in the hands of white Protestants for most of our history. The ideology of white supremacy gave license to slavery, apartheid, the genocide of Native Americans, anti-Asian sentiment, reflected in, for example, the Chinese Exclusion Act of 1882, and all the backlash against Hispanics we see now. Trump has been a reflection of that, a backlash against Barack Obama, and I hope his presidency will be the last gasp of white supremacy. But our history is filled with tension, and we are surely not out of the danger zone. That said, demographics and changing values in society are moving us in the right direction. Inequality did not cause Trump. Racism is what caused Trump and, also, what brought inequality.

Q: You claim that ‘de-globalisation’ is impossible. Yet many voters in the West claim, at least nominally, to be against globalisation. Their argument for this is that ‘Brexit’ did not result in a catastrophe, and that none of the doomsday predictions of what Donald Trump’s trade wars would bring came true. How can you convince them that globalisation is not only beneficial, but essentially unstoppable?

A: All the major problems we face are global. And here I include everything from Covid-19 to climate change, the collapse of biodiversity, mass migrations, nuclear proliferation, the tension over access to clean water, ocean pollution, the destruction of fish stocks and many more. All these problems affect the whole world, and no single country can even dream of fixing them on its own, because that is impossible. Likewise, very technology we have and need – 5G, electric vehicles, photovoltaics, and so on – is global. In fact, every one of those technologies actually accelerates globalisation. Trump was foolish. He is proof of the idiocy of the ‘America First’ concept.