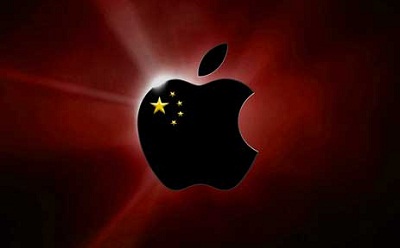 If you are in Beijing and you want to buy an Iphone, you have two options: a) either drop by an official Apple store or b) take the chance of being sold a fake Iphone –which looks exactly the same than the original one- at one of the many official reseller Apple stores that pack computer centers. Don’t be fooled by the name. Yes, they may carry the word “official”; and their employees will probably wear the official uniform as well. But chances are even the smartest of the smarts phone is a fake one. Ask someone who has bought their Iphone at one of the many official unofficial stores if it is fake. Chances are they’ll answer: it should not be. One never knows for sure. So what?

Indeed, China is the country in the world with the highest number of Smart Phones, and Iphones have become a symbol of a status many won’t like to miss. Recent reports on the human costs attached to Ipads and the working conditions at Apple suppliers’ plants in China do not seem to push local customers away of these products designed far away in California.

What would happen if China, instead of being the world’s factory became its very own factory?  Would working conditions change? Would Chinese society, specially those who are better off and who can afford to buy Apple products, care more about the working conditions of their fellow country men? What if, instead of talking about Apple products we were talking about any other Chinese brand producing tablets targeting Chinese customers. Would Chinese companies care more for the working conditions of their employees producing tablets made ‘in’ and ‘by’ China?

Probably the answer to the questions above can be found behind the thinking  of these two cybernauts’ comments brought to us by ZaiChina. In a recent post, this website that monitors the Chinese network gathers some reactions found on Chinese social networks about the articles released by the New York Times on Ipad’s human costs and the harsh working conditions and safety problems at suppliers plants like Foxconn in Shenzhen.

“Apple’s huge profits come from their success in innovation and their brand image. But this won’t result in less quality products. In environments where law abiding procedures are not guaranteed, ‘made in china’ has frequently become an advantage.”

“…it’s normal there are problems, because this is China.”

According to ZaiChina, New York Times articles had a remarkable impact in the Chinese social networks thanks to a translation into Chinese made by the online news site Caixin.

Just by switching “in” for “by” one can see the difference between being a country that manufactures and being one that invests in R&D, seeking worldwide recognition and popularity. Nonetheless, the issue is whether working conditions would change in China if they were to achieve the ‘Made by China’ seal. Many Chinese did not blinked twice when the brand new Iphone 4S was released in China and the huge crowds forced Apple Stores in the Mainland to temporarily suspend their Iphone 4S sales.

As quoted by the The New York Times, Apple chief executive Tim Cook stated that

“customer response to our products in China has been off the charts”.

To the point that they face a lower supply that can’t meet the demand. In the end: everybody seem to die for an Apple product even if at some Chinese sites there is talk about Iphones being tainted with blood, as ZaiChina mentions.

Be the first to comment on "Apple, the real thing?"