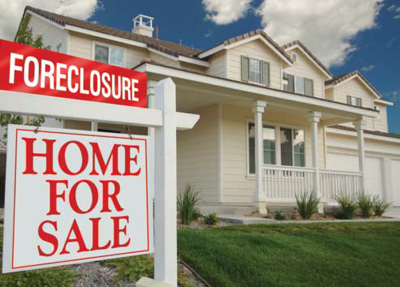 NEW YORK | It would be great news for hundreds of thousands of people: billions of dollars (an estimated $25 billion) in aid to homeowners who have lost their homes to foreclosure or who are still at risk. The money would come from big mortgage banks: Bank of America, JP Morgan, Wells Fargo, Citigroup and Ally Financial.

Why on earth would those banks be willing to pay that amount? They would end this way a multi-state investigation, started in 2010, about the abuses that led to the crisis and the

“evidence that they foreclosed on borrowers with only a cursory examination of the relevant documents, a practice known as robo-signing,” according to The New York Times.

Several general attorneys from different States of the Union have been investigating their practices giving mortgages, and it seems there is a lot of fraud involved. Instead of bringing them to court State by State, they agreed to make a joint settlement. Then the banks will be protected from further legal claims tied to foreclosures, mortgage-servicing and origination of loans, says Bloomberg. The deal wouldn’t take away any individual’s right to pursue an individual or class action case, a third person pointed out.

The New York Times gives some specifics about the deal being studied:

“It would set aside up to $17 billion specifically to pay for principal reductions and other relief for up to one million borrowers who are behind on their payments but owe more than their houses are currently worth. The deal would also provide checks for about $2,000 to roughly 750,000 who lost homes to foreclosure.”

All the States involved were supposed to give it a go on Monday. But now it is going to be pushed back again as dissident US States continue to press specific concerns, explains Reuters. California, whose State would get some $6 billion to $8 billion if it participates, did not give an answer on Monday as expected. New York State is concerned that it has already filed a lawsuit against three of those banks: JPMorgan Chase, Bank of America and Wells Fargo.

So for now money and relief for the homeowners will have to wait a bit longer. We’ll keep you posted.

Be the first to comment on "$25 billion US mortgage settlement: not quite there yet"