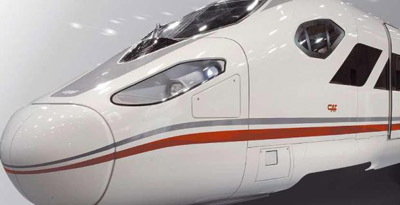 By T.F, www. expansion.com | The Spanish multinacional Construcciones y Auxiliar de Ferrocarriles (CAF), experts on design, manufacture, maintenance and supply of equipment and components for railway systems, has been able to weather the current economic turbulences by means of an ambitious internationalisation plan that started in 1995. This bet on the outside market has enabled the company to take advantage of the worldwide boom of railway transport, a sector that is currently showing a positive outlook in the medium and long term. In the last decade, this manufacturer based in the Basque Country, in the province of Guipúzcoa, has taken the sales and profits fast track, swelling its order book up to €5 billion, with more than € 3.7 billion in foreign countries contracts.

Among different business lines with good prospects, the company aims to reinforce its project managing area under turnkey, renting or concession formulas, which are completed with the supply of vehicles, also with the construction of railways, stations and repair garages as well as electrification and maintenance services. Furthermore, CAF takes into consideration the growing interest of regional governments in undertaking projects financed at least partially by the industry itself.

CAF’s origins dates back to the nineteenth century and the village of Beasain (Guipúzcoa), within the context of the great development of the Basque industry, so that it has been working for decades in high technology and added industrial value projects. The first high speed project of the Basque Group in 1992 involved the first trains for Renfe, the State-owned national railway company, which was jointly developed with the French Alstom. In 2005, CAF was the Spanish pioneer company in exporting high speed technology thanks to the contract for the Turkish railway system to develop the line between Ankara and Istanbul.

CAF’s international shift has been led by José Mª Baztarrica, who has been the Group’s president during the last seventeen years, and also by Andrés Arizcorreta, an executive whose entire career has been linked to the company and who currently holds the position of CEO. The Basque train manufacturer has production factories in the US, México, Chile, Argentina, Portugal, Brazil and England. After entering the Oceania market last year with a contract in New Zealand, the CAF’s trains as well as its underground units and street cars run on the rails of all over the world.  Also, around 1,095 vehicles and 2,025 bogies (the trolleys attached to railway vehicles) were manufactured in CAF’s plants.

The Basque company, listed in the Madrid stock exchange since 1926, closed 2011 results with sales of €1.725 billion, which means 10% over the previous year, while the net profit increased by 13% reaching €146.2 billion. CAF’s staff participate in the company’s capital since 1994. They are the major company’s shareholder with a stake of 29.5%.