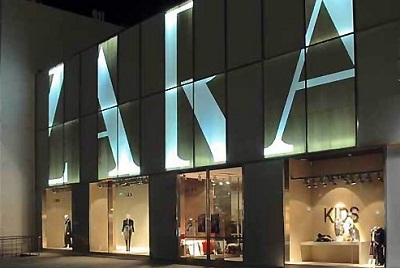 NEW YORK | In allegedly the most expensive shopping street in the world, Zara inaugurated Wednesday its new flagship store. Fashionistas, entrepreneurs and journalists attended the Spanish clothing retailer debut, which is their US largest bet so far. The company  bought the real estate property for $324 million and claims the store to be a totally new concept.

Would it be worth the money? Hard to say, but the visit of millions of tourists every year and the presence of top brands like Prada, Gucci, Tiffany’s, Cartier or Apple, among others, will certainly help.

With more than 3,000 square metres spread over three floors, the new Zara opens onto Fifth Avenue and 52nd Street with five display windows and a facade spanning more than 23 metres. Inditex’s press release insists on the eco-efficiency of the store: everything from the motion detectors to save light to the wood used, approved by the Programme for the Endorsement of Forest Certification.

“It is one that is much more focused on the boutique element, with lots of different boutiques within the store —a very smart store, very transparent and very welcoming. It’s a very different concept, but it’s definitely Zara,” president of parent group Inditex, Pablo Isla, said in comments to newspaper El País.

The group has been under intense criticism after police in Brazil liberated 15 people working in semi slavery conditions for a Zara’s contractor. After that, the brazilian Ministry of Labour said that they detected at least other 33 sweatshop. The company denies knowing the conditions of employment and said it was an isolated case, and upgraded the subcontractor’s working conditions requirements.