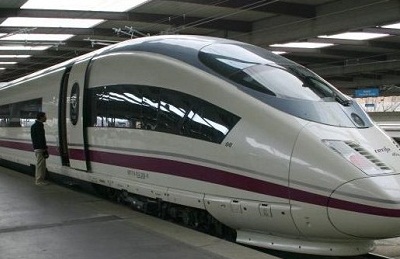 MADRID | Ferrovial Agroman, a construction subsidiary of Ferrovial, was awarded a contract to build the Padornelo Tunnel-Lubián section of the Madrid-Galicia high-speed railway line, for €108.8 million. The section of line, which is 7.6 kilometers long and will have a single-track 8.5-meter wide bed, crosses the Requejo and Lubián municipalities, in Zamora province.

The project includes the construction of the right gallery of the Pardonelo Tunnel (6,407 meters long) and galleries connecting with the existing tunnel, which will be upgraded as part of a different project. Ferrovial Agroman will also build the Leira viaduct (168 meters long) and the Pedro viaduct (295 meters long), both for the right-hand track. This project will be completed by the end of 2015.

This section is part of the 99-kilometer route between Puebla de Sanabria (Zamora) and Orense (Galicia) and is one of the most complex segments of the Madrid-Galicia high-speed railway line because of the area’s rugged terrain.

Ferrovial Agroman has an extensive portfolio in high-speed railway projects in Spain. The company recently built the Elche-Carrús section of railway and completed assembly of an Iberian gauge line on the Albacete-Variante de Alpera section, both part of the high-speed railway connecting Spain’s east coast. Ferrovial Agroman is currently building the railbed for the Venta de Baños junction as part of the North-Northeast corridor and the Rialiño-Padrón section of the Atlantic Route.

Ferrovial Agroman also has a cooperation agreement with Adif for R&D and innovation at the Málaga Rail Technology Centre.