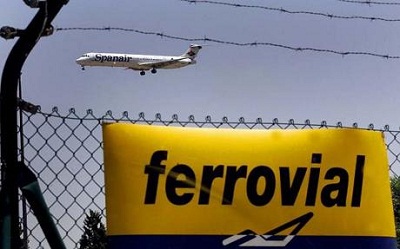 MADRID | The Spanish global infrastructure company Ferrovial has published its results for the first quarter of 2012. The firm said it obtained €192 million of earnings before interest, taxes, depreciation, and amortisation compared with €172 million in the first three months of last year, that is, a rise of 11.7%. In the first few months of 2012, Ferrovial’s main businesses improved, particularly revenues at its British division Amey, and international construction, mainly Budimex. Revenues amounted to €1.707 billion, a 2.5% increase.

Net profit in 1Q12 amounted, though, to €7.6 million, contrasting with €224 million in the first quarter of 2011. The company explained that this gap comes from the fact that last year it booked gains on the sale of Swissport and the stake in the M-45 toll road.

According to Ferrovial’s data release, construction and services backlog remained at record levels: €22 billion. The backlog reflects the company’s internationalisation, as 68% in construction and 49% in services are located in countries other than Spain. In the period, BAA paid its shareholders a quarterly dividend amounting to £60 million and 407ETR distributed 87 million Canadian dollars; Ferrovial received €63 million.

UK subsidiary Amey increased revenues by 22% to €369 million, attributable to the commencement of new contracts awarded in 2011 and greater revenues from pre-existing contracts. Its backlog amounted to €6.056 billion. Among the important contracts awarded recently, which are not included in the backlog, of special note is being named preferred bidder by the Sheffield city council to maintain the city’s infrastructure for 25 years.

In Spain, revenues totaled €364 million euro and earnings before interest, taxes, depreciation, and amortisation amounted to €47 million. The backlog, amounting to €6.271 billion, includes two treatment plants in the Canary Islands and two new contracts for upkeep and maintenance of green areas in 11 districts of Madrid.