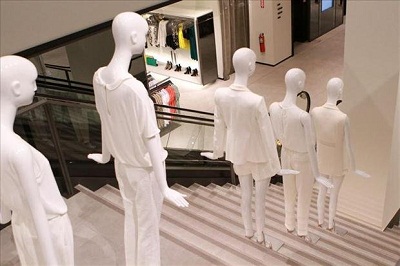 For Spain’s Inditex, weathering the crisis isn’t near enough: the company seems ready for a full combat. Inditex board will submit a proposal to the annual general meeting of shareholders in July for payment of a dividend of €1.80 per share, an increase year on year of 12.5pc. This dividend will consist of a €0.9 per share interim dividend payable on 2 May 2012 and a €0.90 per share final and extraordinary dividend payable on 2 November 2012.

The firm reported Wednesday strong results to back up this unusual move at a time of global recession scares. Indeed, even the latest figures look sound: store sales have increased by 11% from 1 February to 14 March 2012. The Inditex Group’s net sales (1 February 2011 to 31 January 2012) rose by 10% last year from 2010 to €13.8 billion. Net sales increased in all geographic areas, from Spain and the rest of Europe to the Americas and Asia. Net income totalled €1.9 billion, 12% up from 2010. Net sales in local currencies rose by 11%, while like-for-like store sales climbed by 4%.

In 2011, it opened 483 stores in 49 markets, the total number of stores being 5,527. Inditex highlighted the company’s international expansion in China with 132 stores. Two Inditex concepts, Oysho and Zara Home, disembarked in China in 2011 with 17 and five stores, respectively, helping to bring the total number of Inditex stores there to 275.

Another two stand-out markets in Asia were Japan and South Korea, with 15 and 13 new stores, respectively, including the first Bershka locations in both markets and the first Pull&Bear and Stradivarius stores to land in South Korea. Three new Zara stores in India (in Mumbai, Pune and Bangalore) and the launch in Taiwan (two stores in Taipei) round out its now wider presence in Asia.

In Europe, note-worthy growth included Poland (50 new establishments), Russia (49), Romania (21), Turkey (21), Italy (17), Ukraine (14) and the Netherlands (8).  As for Europe as a whole, Inditex opened 233 new stores, including the first Bershka and Zara Home locations in Germany, the first Pull&Bear in the Netherlands, the first Oysho in Ukraine and the first Massimo Dutti in Lithuania.