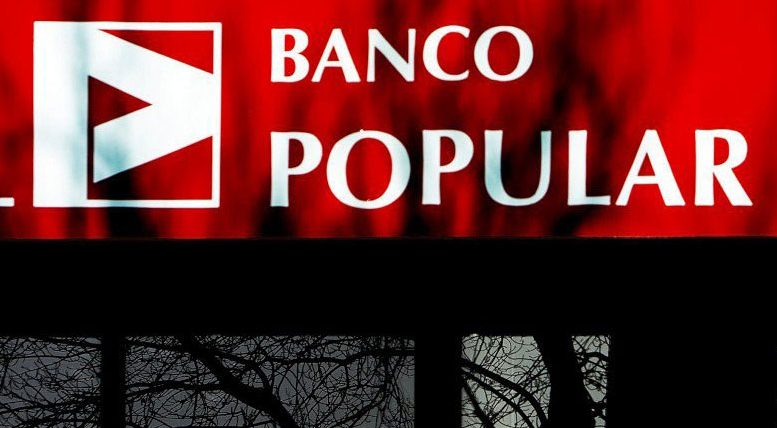 S&P has cut its outlook for Banco Popular to Negative from Stable (where it placed the bank on February 9), which opens the door to new rating trims. At the same time, Popular will hold its AGM today where the 2016 accounts (losses of €3.485 billion) are due to be approved by shareholders, as well as the renewal of the appointment of the new board of directors presided over by Emilio Saracho (this was done at an EGM in February).

The rating cut was expected after more deviations in the accounts were identified by the new management team, to the tune of €600 million, taking the real total losses for last year to just over €4 billion. As the 2016 accounts are not going to be reformulated – these deviations will be reflected in the first quarter 2017 results – shareholders only have to approve losses for €3.485 billion. That said, this will lead to serious confrontations during the AGM since shareholders are being asked to approve a set of accounts which they already know does not reflect the real situation last year. And the new chairman, Saracho, who is the one who brought the new deviation to light, will be the one to ask the AGM to approve the accounts, which is disconcerting.

In Bankinter’s view, all this will only serve to increase the uncertainty surrounding Popular. They still have a Buy recommendation on the lender, although just for investors who can handle high-risk. This is because they think the bank will get out of its difficult situation by two alternative and auto exclusive routes, either of which “we believe will leave shareholders in a better situation (or at least not as bad) in the long-term”. That remains to be seen.

1) A strict internal restructuring, with the progressive elimination of the over €30 billion of unproductive assets (of which some €16 billion are already provisioned for). This would allow the bank to remain independent and gradually improve its return on assets.

This would be a task which would take no less than 3 years (more likely 5). In our view, this would be a case of investing at a ratio of approximately 0.3x book value and waiting for a slow improvement. We give this first option a probability of 35%/40%.

2) A corporate move (acquisition and integration within another bank). This would only happen once Popular had proved it is capable of slowly turning its situation around, when there had been some progress. This hypothetical deal would provide current shareholders with some upside.

We insist, however, that our Buy recommendation is linked to a high-risk. We give this second option a 65%/60% probability. We think it’s highly unlikely that the new management team risks making a new capital increase, simply because we believe the market would not be prepared to subscribe to it. This would force Popular to immediately opt for the second alternative, but without any capacity for negotiation.