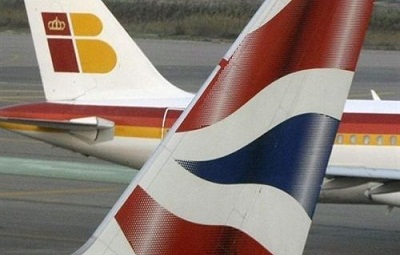 IAG could decide to abandon the purchase of Air Europa

The Spanish government estimates it may take in up to €30 billion through an “ambitious” privatisation plan which will be passed before summer, reported news agency Europa Press on Monday. This new government plan, which completes the reforms that have already been approved as well as other further measures (the single market, or the entrepreneurship law) will affect all the ministries and enable private initiatives to enter in a large number of companies and in the provision of public services.

Furthermore, the plan includes several disinvestments on firms in which the state holding Sociedad Estatal de Participaciones (SEPI, in its Spanish acronym) has a stake. It is the case of IAG (the airline resulting from the Iberia-British Airways merger), Ebro Foods or Red Eléctrica de España (REE). The previous Socialist government intended to sell SEPI’s participations in these companies (2.71% in IAG, 10% in REE y 10.2% in Ebro), but the operation was cancelled once it had been given the approval by the Consultative Council for Privatisations, on the grounds that convenient markets conditions for the move were not having place.

The privatisation scheme will be approved before summer and allow President Mariano Rajoy’s government to obtain up to €30 billion which will be used to pay off public debt and reduce Treasury issues.

Currently, the government is considering which assests are the most attractive for investors in order to avoid sale prices, as well as which companies have had an income big enough to alleviate the Spanish debt crisis.

Be the first to comment on "Spain’s €30-billion privatisation plan to affect AIG, Renfe among others"