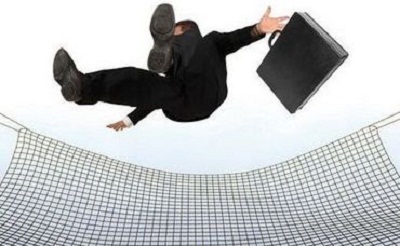 By Carlos Díaz Guell, in Madrid | Following the steps taken by the Spanish government to increase the requirements of capital provisions to the banking system from 7% to 30%, that is some €30 more billion, the Eurogroup, seen the distrust generated by the Bank of Spain’s actions, asked the Rajoy government to commission an independent valuation of property assets on the balance sheets of financial institutions.

The international financial authorities and foreign investors had long been pressing for a detailed valuation of properties held by the Spanish financial system, made by independent experts and showing a major downward correction of house prices and land. Some Spanish financial institutions acknowledged that more than one inexperienced investor had come to suggest, as a requirement to cease the distrust in our financial system, a 100 percent provision of real estate assets and land, which although a crazy idea, clearly indicated to what level the credibility of our system has fallen, or the extent to which Spain has increased the risk outlook.

So, here it comes the quite logical demand of an external and independent audit of the Spanish financial system, which will feature the special collaboration of the European Central Bank. The results are expected in two months.

The question would still be pathetic were it not a matter considered crucial to the survival of an economy like Spain’s and with it the whole euro area, but one can not ignore that in 2010 and 2011 two separate stress test on the European banking were held that resulted in enviable results on the health of financial institutions.

The purpose of the stress tests was to provide market information on the health of the institutions of the euro zone. Above all, they should have told us how far our banks were able to withstand a sharp deterioration in economic and market conditions. It was an exercise in transparency involving the central banks of each member of the euro zone in order to give credibility to the entire process.

The first test showed such a degree of inefficiency that a few months after the results were known, Ireland had to be rescued because the hole in its banks was untenable… even if they had passed the tests.

It was then that the technostructure of Europe, represented by the European Banking Authority, decided to repeat these tests in the assurance that their figures would dispel doubts about the solvency of major financial institutions. Again, it should have been a breath of fresh air for capital markets full of tensions and uncertainties. In a total of 90 banks that were examined, five Spanish institutions and three from other countries failed the test. However, after ten months, here we are to investigate once more the health of the Spanish banks.

But, while external audits get done and because of the mediocrity and lack of diligence of some administrations, the Spanish financial system is in everyone’s mind, and not for the best.

Be the first to comment on "Who will audit Brussels?"