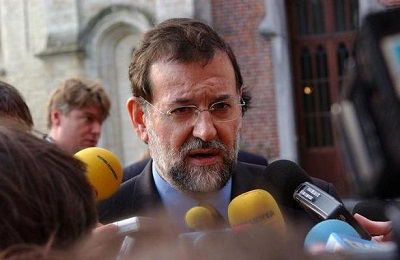 MADRID | Utter disarray might sound a mild and tender description for the knock out effect BANKIA crash landing has inflicted on Spain’s credibility. Only a few days ago, the government downsized the issue to a trifle €7 billion support. The bill runs now at €24 billion, with the prospect to rise still higher.

Spending such a huge pile of money doesn’t stand as the most worrying fact. After all, it would amount to increase debt by a mere 2% GDP. But should mending holes be taken seriously, deficit would also grow accordingly dashing any slim hope to preserve the 5.3% goal.

Rescuing a company in distress seems the most obvious way to indulge into State aid support. And for all the accounting tricks you might resort to, there is no other way to provide support unless you incur into blatant deficit. The incoming Chairman might claim State resources are given for free. But Brussels will certainly hold a different view, forcing extensive disinvestments and a sharp shrinkage in business to avoid distortions.

Spain’s deficit target being hopelessly out of reach, markets might not bother too much about its final size. They are certainly apt to feel much more concerned by the staggering deviation no one seemed to be aware of. As BANKIA has been able to hide such discomfiture for so long, they will suspect other financial institutions might behave in a similar way. It would amount to an act of faith taking balance sheets as a fair picture of the real situation. Confidence stands as the forerunning victim in this crisis, a most nasty prospect for an industry anchored on such a volatile sentiment.

Investors have once and again shown open disbelief at the claim banking restructuring could be undertaken with as little support as €15 billion. Before the BANKIA plight, they reckoned that figure to be no less than €50 billion. Now you can easily imagine no one will satisfy himself unless that threshold is at least doubled. When prospective figures bloat to such levels, they inevitably drag you down the road to a forced rescue. The only barrier that preserves Spain from free falling is its sheer size. Partners feel afraid at the prospect of bailing out such a big country, a move that might ignite an acute crisis melting down other economies and the euro. But sooner or later they will device clever ways to decoupled banking intervention from the rest. There will be then no way out for Spainto escape from this trap.