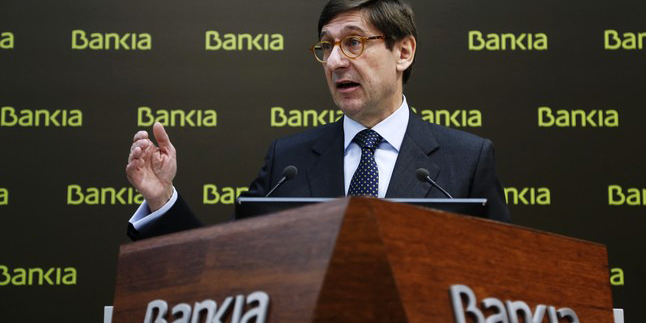 Bankia’s non-performing loan ratio was 12.2 per cent, down from 14 per cent at the same point last year. It received a €22bn bailout in 2012 –the biggest loss in Spain’s corporate history.

It returned to profitability in 2013 –paying a dividend against 2014 results was a significant milestone– and is still largely owned by the State. One of the boards’ main goals is to accelerate the partial and progressive privatization of the entity before November general elections in Spain.

Be the first to comment on "Spain’s Bankia beats forecasts"