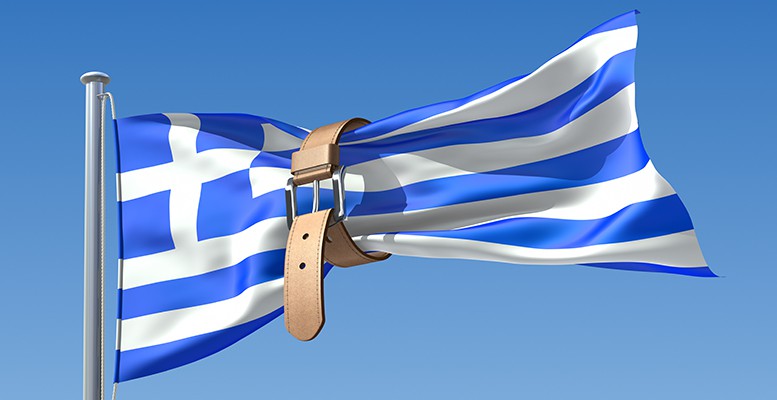 They may also lead to mercantilist outcomes of systematic policy-induced positive trade balances, with large financial flows going the other way. This mechanism in relation to export-dependent countries like Germany has been recognized for a while by leading American economists like Maurice Obstfeld (the IMF’s new chief economist succeeding Olivier Blanchard) or ex-Federal Reserve chairman Ben Bernanke, while many have also highlighted low domestic investment, consumption taxes and rigidities in the service sector as additional policy-related reasons for this German systematic phenomenon.

Given the USA’s similar experience with China, it is no wonder that American mainstream economists (and in effect the leading economists in the world) have been taking a strong stance towards Germany lately. This is amplified by the understanding that German economic moralism is more akin to Kantian absolute ethics than to the outcome-based pragmatic Utilitarianism which forms the basis of mainstream economics. Having witnessed German rigidity and attitudes over the last few weeks, this last point is not as much of a perceived threat to mainstream economic philosophy but a threat to the stability of the monetary union and the global interconnected economy whose stability depends on sustainable bilateral trade and financial flows.

It is imperative that the above economic understanding filters down towards European decision-making bodies as nations with positive imbalances, unlike economies with negative imbalances, will not be disciplined by markets that have the general tendency to ignore long-run consequences. This then calls for coordinated policy and regulatory action at the level of the Monetary Union to discipline systematic offenders like Germany as it does with offenders of the opposite sort. This economic understanding is also crucial in order for German-led eurozone to come to a mutually beneficial consensus regarding the now generally accepted unsustainable Greek debt burden accumulated over the past decades via the above described mechanism, which was fed by populist clientelistic Greek governments and a big-state socialistic attitude among decision makers and society alike. This led to a Greek appetite for policy-induced spending, systematic negative fiscal and trade balances and borrowing.

In addition to the above understanding of international trade and financial flows and of German economic moralism demonizing one side of the trade flows equation, it is generally accepted by the economics profession that the Greek fiscal adjustment has been extreme and has not been combined with sufficient product- and other market-oriented reforms over the past half decade. The latter would have made the Greek economy more flexible in terms of price and wage adjustment and would have thus brought about much smaller declines in real output in response to the initial crisis and in response to the subsequent fiscal adjustment shocks that hit the Greek economy. In fact, such flexibility characterizing the Cypriot economy (with a main exception being the banking sector) can largely explain the much smaller drop in real output facilitated by speedy internal devaluation at much faster rates than was the case in a Greek economy captured by oligopolies in e.g. Food and Petrol, and a myriad of professional groups including pharmacists, lawyers and others. The lack of necessary reforms is again mostly due to successive clientelistic Greek governments but also due to inadequate supervision and misplaced emphasis on mere fiscal targets by the Troika, which is currently repeating the same mistake in Cyprus in relation to much needed changes to the justice system and other institutional reform that would effectively break the link between politicians, lawyers and bankers that had led to the Cypriot Banking Crisis.

The remaining rigidities in the Greek economy, in the absence of speedy reforms, prompt another often suggested piece of economic advice by American economists: The adoption and subsequent depreciation of a national currency, more relevant in the case of Greece than was the case for Cyprus. This author had taken a strong stance against this advice for the case of Cyrpus e.g. here and in a co-authored confidential report of the Cypriot National Economy Council to the Cypriot president two years ago.

I believe that the main arguments against a new currency outlined in the above article and report largely hold for Greece. For example, Greece like Cyprus is an economy that imports a lot of what it needs in order to produce its exports or even for services such as its tourism sector so a depreciation would actually initially increase costs of production in Greece due to the high cost of imports such us oil and raw materials, before wages had to adjust downwards even more to attain competitiveness.

One can safely assume that another US economist, Paul Krugman, has never taken a look at the Greek input-output tables (or the Cypriot ones two years ago for that matter) before theorising on the matter. Any gains in competitiveness and reductions in unemployment would then come about via devastating reductions from current real wage levels. Coupled with the fact that higher income individuals have transferred fortunes in euro abroad, we would likely observe the single biggest redistribution from poor and middle income to the highest of income classes in modern Greek history. Moreover, unlike Cyprus, Greece does not have a history of responsibility when it comes to money creation and it would be unlikely that a new Greek currency would do better than the Drachma’s abysmally bad record in terms of inflation and instability. Given also the poor Greek reform record, it is unlikely that much needed reforms would ever by implemented by a Greek government outside the euro area and without supervision. For a number of other economic reasons listed in the above article for the case of Cyprus, but also for political reasons Greece would be better off to try to reform within the eurozone than outside it.

One failure of the current Greek government is that via a series of miscalculations and delays as well as due to lack of capacity plus a touch of rigid ideology and unprofessionalism, it failed to take advantage of the consensus that existed on the Greek problem in mainstream economic thought but also among a number of governments including those of the US, France and Italy as of early 2015. A related failure of the Greek government is that it was unable to foresee that 1) delays would have severely and adversely impacted the Greek economy, and 2) that this deterioration would have weakened its negotiating power as Prime Minister Alexis Tsipras came to appreciate on July 12th.

Moreover, the high-risk Varoufakis-Tsipras strategy followed during the first half of the current year was built on the premise of increasing the cost of non-agreement for Greece’s euro partners/creditors by letting Grexit surface as a realistic scenario, without realizing that their actions were at the same time reducing the benefits of a co-operative solution for the others, nor that an important core within the euor was beginning to view Grexit as a preferred outcome. For example, Fabio Ghironi explains German Finance Minister Wolfgang Schauble’s preference for variable geometry with a core that excludes Greece in a recent post.

As we now stand, Greece is faced with an impossible deal, which is nevertheless the best deal it can currently have. Building its credibility by implementing reforms would put Greece in a better position to strike a sustainable deal as eurozone partners came to trust the Greek state more. At that future point, it would be important for Germany to view improvements in the currently negotiated unsustainable deal (that includes unrealistic fiscal goals and automatic fiscal destabilisers) as a necessary fix and not as a broken contract Greece should be punished for not enforcing. It will again come to be a choice between economic moralism versus economic Utilitarianism, and in that case Greece would foreseeably have all the support it could possibly hope for from mainstream economic thought and most level-headed governments around the world.

*Marios Zachariadis is an associate professor at the Department of Economics of the University of Cyprus. He is also a member of the Cyprus Fiscal Council. You can follow him on Twitter: @MariosZachariad or visit his homepage.