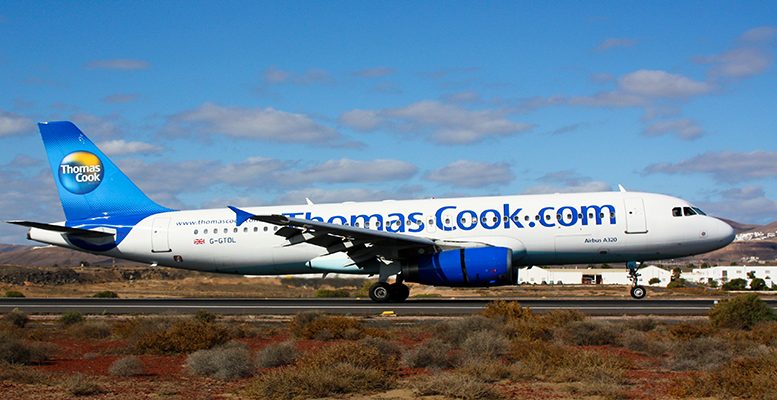 Ana Fuentes | On Sunday, hours before the giant Thomas Cook announced its bankruptcy, several Spanish businessmen in the tourism sector tried to avoid the fall of the British operator with an injection of 107 million. It was not enough. The Spanish employer Exceltur estimates the losses at 200 million euros and thousands of jobs are at risk. Direct competitors such as Tui, shareholder of the Riu Group, AIG and Internet platforms, however, will benefit.

The bankruptcy of Thomas Cook has not caught by surprise the professionals of the Spanish tourism sector, who knew the financial difficulties of the British tour operator with 178 years of history. In fact, a group of businessmen headed by the president of Iberostar, Miguel Fluxá, the CEHAT (Spanish Confection of Hotels and Tourist Accommodations), and the hotel associations of the most affected destinations, raised more than 100 million euros to inject them without success. All in order to stop the bleeding: Thomas Cook brought about seven million tourists a year, about 9%, to Spain, through its airlines and the tourist packages it managed. But it was too late: at the moment of its collapse, Thomas Cook had a debt of 1.7 billion pounds, an amount the chief executive, Peter Fankhauser, called “insurmountable.”

Losses will be large, but for the moment difficult to assess accurately. The Spanish government and the affected autonomous communities (Balearic and Canary Islands) met on Tuesday to establish contingency plans, repatriate affected tourists first and then begin with the claims.

The president of the Spanish Confederation of Travel Agencies, Rafael Gallego, compared the crisis of Thomas Cook “with the fall of Lehman Brothers”. Although the British group is not a systemic agent for the world economy, damage extends throughout the global value chain. For many Spanish SMEs it will be difficult to survive without being paid for the services of the last 90 days, which is the term to which Thomas Cook paid the bill to his suppliers. It is true that some Spanish businessmen already required the British operator to pay in advance, since they were aware of its financial difficulties.

The German tour operator Tui Group, the largest in the world, formed after the merger of TUI and TUITravel, will be the main beneficiary. It is a shareholder of the RIU Mallorcan family and has travel agencies, hotels, airlines, cruise ships and tour operators.

The news is potentially negative for Melia Hotels, to the extent that this may affect the arrival of British tourists to their hotels. Sabadell analysts point to IAG as moderately benefited “to the extent that they can get customers who so far flew with Thomas Cook (it had 105 planes compared to IAG’s 600). On the other hand, we do not rule out that this may allow IAG some purchase of very timely assets,” they pointed out.

Platforms such as Booking or Airbnb, where travelers hire their stays without resorting to a tour operator, will also possibly benefit.