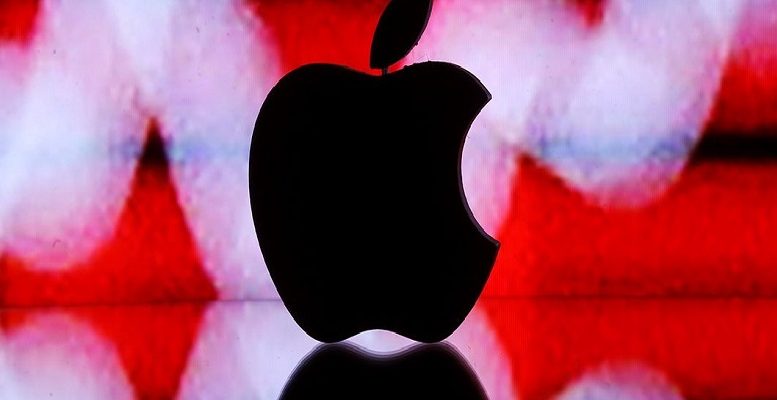 Ofelia Marín-Lozano (Capital Sicav) | Political events have always had a certain influence in the behaviour of financial markets in the short term. Although what dominates in the long term are company results, any uncertainty coming from the world of politics has a cost, and currently there are many uncertainties weighing on the minds of investors.

The main political uncertainty which affects global markets at the moment is the possible escalation of the trade war between the US and China. For those who take Trump´s tweets at their word, calling on US companies to leave China, there really are reasons for concern. A total change, a real boycott, between the two main economies on the planet is not a little thing. An issue that goes way beyond the tariffs they could charge each other.

Much has been said about the US trade deficit with China, the famous 400 billion dollars, a sum which seems large, but which, at the end of the day, is half of Apple´s stock market capitalisation. The analysis of the balance between what the US officially imports from China and what its exports is, in any case, very simplistic. It gives us no idea of the real balance which, in terms of the benefits, which is what really matters, the progress of China has contributed to the progress of the US.

Officially the US only exports 17.9 billion dollars of computers and electronic products to China, while it imports almost ten times more (186.5 billion). However, if one looks at Apple´s annual accounts for 2018, one can see that it sold 51.9 billion dollars’ worth in China. How can this be? It turns out that the sales, just of Apple, in China are triple the total US exports to the Asian giant.

The explanation is simple: in terms of the trade balance Apple is not an American company, but a Chinese one. If you own an iPhone you can look at the back of the casing and see the following inscription: Designed in California, Assembled in China. In other words, in classic terminology, Made in China. Thus it turns out that the apparent invasion of the US by Chinese phones, in the trade deficit data, is really the sale of phones “designed in China”. So the 51.9 billion dollars of products that Apple sells in China does not appear in the balance of US exports. And a good part of the 186.5 billion computers and electronic goods imported from China to the US are made by Apple.

It is a clear demonstration of the risks of aggregate statistics, of macro data, which simplify to the extent of falsifying the micro reality. Apple, one of the three largest US companies by stock market capitalisation, for the accountants of the trade deficit turns out to be a Chinese company. Judge the interest that Apple could have in “not doing business with China”. Or the interest that Boeing could have, which sells 14 billion dollar´s worth per year in China (more than half the exports of transport equipment, which is the US´ main line of business with China). Clearly Trump knows this, and is the last person interested in stopping doing business with China. Because it would be seriously prejudicial to the major US companies. We cannot free ourselves from the volatility of his tweets, but, analysing the situation coldly, we have to act thinking that China will remain both a supplier and customer of the US.

In Europe we also have our own political uncertainties (Brexit, Italy, Spain …), which are seen as risks relevant to the market to the extent that they could affect the stability of the Eurozone. When the market interprets political uncertainty as a probability, more or less remote, of calling into question the euro as a common currency, the effects are very negative, especially for the banking sector. In fact, the ECB´s negative interest rate and sovereign bond purchase policies should be interpreted as a tool aimed at guaranteeing Draghi´s famous “whatever it takes”. It should be an open secret that the ECB´s interest rate policy has had as its core aim to rescue the public accounts of the Eurozone´s most indebted (and fiscally unbalanced) countries, although at a secondary level all indebted companies and households have also benefited. There has been a pact of silence over these objectives. But voices have already begun to be raised (among them the senior executives of Deutsche Bank and Commerzbank) saying openly that perhaps the moment has come to stop supporting states and to start rewarding private savings.

In fact, of the three uncertainties cited (Brexit, Italy and Spain), that which has most affected markets since the beginning of the year has been the one which most questioned the stability of the euro. The arrival in power in Italy of an initially Eurosceptic coalition (Lega plus Five Stars) caused a ride of almost 200 base points in its risk premium (provoking a market fall in the Euro Stoxx Banks index, which lost almost 30% in a quarter). The change of government in Italy, with the entry of the PD (a pro-European social democrat party), as the new government partner of 5 Stars (instead of the Lega) has caused a significant fall in the risk premium of its sovereign bonds (which has fallen from 300 base points to 150 base points), and a still moderate recovery (which should continue) in the trading of its banks.

The uncertainty over the formation of a government in Spain seems to matter less to the markets. The risk premium has fallen in recent years, and currently find itself comfortably below 100 base points. The absence of anti-European forces capable of forming a government explains this relative tranquillity.

And, finally, Brexit, which three years ago caused a sharp correction in European markets, remains unresolved. Although, very likely, the end of the process is already close. Boris Johnson´s openly belligerent attitude towards parliament can be interpreted in many ways (electoral tactics, tool for pressuring Europe in negotiations, personal character …). Let´s focus on the positive part of all this: having got to this point, it is very difficult, both for Johnson and Brussels, to delay Brexit further. So the UK´s exit from the European Union now seems close. With or without agreement on 31 October, with multiple mini transition agreements in the immediately following months. In reality, May´s withdrawal agreement with the EU (the substance of which will probably end up being adopted) is no more that an agreement to continue negotiating what will be the formula for the final relationship between the UK and the EU.