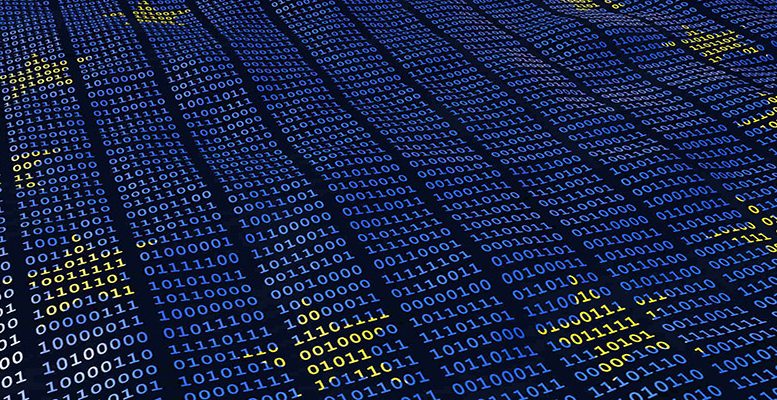 European Views | In a landmark decision, the European Court of Justice ruled Tuesday that “the right to be forgotten”, one of the core data privacy protections enshrined in the EU’s flagship General Data Protection Regulation (GDPR), only applies to search results inside the European bloc. The ruling has reassured those worried that the right to be forgotten constitutes an extension of European law beyond the EU’s borders.

These concerns over a broad application of EU law are particularly ironic given that European policymakers, legal experts and industry leaders alike continue to grapple with how to shield the EU from Washington’s perception that its laws apply around the globe. If the GDPR has been at the heart of recent debates over the extraterritoriality of American law, two other egregious examples have popped up in recent years: the pressure US authorities have put on Vienna to carry out an extradition for what Austrian courts have deemed political motivations, as well as the wrench the US’s unilateral withdrawal from the Iran nuclear deal has thrown into European diplomacy.

The latest wave of concern, which has German Economy Minister Peter Altmaier drawing up plans to wean the European bloc’s cloud computing off of U.S. technology, comes after a report earlier this month by the EU’s supervisory bodies on data protection. The report flagged concerns over the possible impact a recent piece of American legislation, known as the CLOUD Act, will have on the GDPR.

The CLOUD Act was introduced last year in the wake of a prominent US Supreme Court case in which a US-based service provider argued that because pertinent emails were stored in Ireland, they fell outside the jurisdiction of the court’s criminal investigation. This prompted an amendment to existing legislation that would include all emails within a criminal warrant, regardless of their physical location.

The potential conflicts between the CLOUD Act and the GDPR could leave European service providers facing a tricky dilemma. The GDPR is one of the world’s strictest pieces of privacy legislation, which has significantly bolstered consumer rights. Under the GDPR, for instance, any technology companies doing business in the EU – including American tech giants such as Microsoft, Facebook and Amazon – need the active consent of customers before they can collect and store personal data. These rules, which took the EU years to negotiate, apply even if the data exists outside Europe. However, it will now be difficult for European companies to comply with the CLOUD Act—which Washington believes applies worldwide— without breaching the GDPR.

This new quandary is just the most recent example of Europe being held to ransom by the unusually long arm of the American law, and it’s becoming increasingly clear that Brussels needs to assert that laws passed in Washington can’t supersede those passed in the rest of the world. It’s not just European businesses which have been put in a tight spot. The Austrian judicial system, for example, has been wrestling for years with Washington’s request to extradite Ukrainian oligarch Dimitry Firtash.

Firtash stands accused by a Chicago court of having been involved in a criminal conspiracy to bribe Indian officials. In the five years since the Ukrainian businessman was arrested in Vienna on a US warrant, however, questions have sprung up about the true nature of Washington’s interest in Firtash. The millionaire’s extensive connections among Ukrainian and Russian elites have raised suspicions that Washington would like to pump Firtash for information about his acquaintances.

This conjecture has reached a fever pitch after reports emerged that Mueller deputy Andrew Weissmann had offered a deal to Firtash: apparently, the Ukrainian’s charges could have been dropped in exchange for information helping the Russiagate enquiry. The revelation of Weissmann’s overture has strengthened feelings in Vienna that the US has political reasons for seeking Firtash’s transfer to American soil. Washington’s motivation is critically important, as Austria would have grounds to reject a politically motivated extradition request— independent of Firtash’s guilt or lack thereof.

Even aside from the allegations of political motivation, Vienna has remained sceptical of the case’s fundamentals. Austria’s former justice minister is heading up Firtash’s legal team, while the Austrian judge originally in charge of the case questioned whether some of Washington’s key witnesses actually exist. Other witnesses for the prosecution have recanted their testimony, while reports from the New York Times have suggested that a core piece of US prosecutors’ evidence is so misleading as to be fatally flawed.

Undoubtedly much to Washington’s consternation, Austria has reopened the case, meaning that Firtash’s extradition is on hold indefinitely. Meanwhile, however, European diplomats remain stymied by the US’s perception that its law extends around the globe. America’s unilateral re-imposition of sanctions on Iran has seriously undermined European efforts to follow through on the hard-won 2015 nuclear deal.

Washington’s withdrawal from the Joint Comprehensive Plan of Action (JCPOA) not only marked the beginning of an economic war on Iran but also heralded a historic divergence between US and European foreign policy. The subsequent imposition of secondary sanctions designed to dissuade European businesses from continuing to trade with Iran only served to reinforce the asymmetrical nature of the US/EU relationship and caused many to question the logic of remaining in economic thrall to Washington.

Although Europe continues to object to the US sanctions contravening the nuclear accord, its leaders haven’t yet hit on a solid plan to preserve the deal in Washington’s absence—earlier this month, Iranian authorities criticized the EU for “failing to act on their promises” and warned that “time is running out” to save the 2015 accord. And yet, the Iran deal remains a lynchpin of the global nuclear non-proliferation strategy; its dismantlement threatens the security of the entire world and is worth defending.

In fairness to the European bloc, it has consistently tried to salvage the JCPOA despite the Trump administration’s about-face. The EU even tried to establish a special-purpose vehicle to allow it to trade with Tehran without passing through American financial institutions. Given the scope of US markets and the reserve-currency status of the dollar, however, it’s easy to see how America has the leverage to coerce both allies and adversaries.

With the long arm of the American law thwarting European diplomats, judicial systems, and now its privacy legislation, it’s time for European leaders to show that – in spite of their economic interdependence with the United States – Washington cannot have a veto over European legislation or foreign policy initiatives.