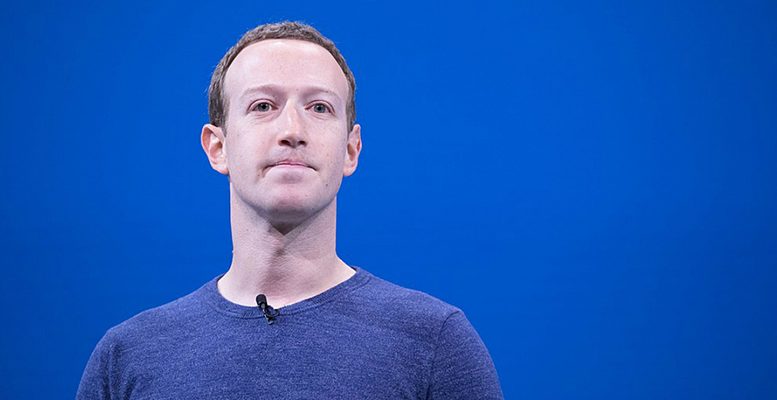 Peter Isackson (Fair Observer) | With the integrity of a monopoly to ensure, Mark Zuckerberg, the enfant terrible, has taken a major step forward in becoming a Washington insider.

Like US President Donald Trump, Facebook CEO Mark Zuckerberg has an empire to defend. In contrast with Trump, who has been given the keys to the empire for a mere four years by its largely anonymous owners, Zuckerberg is serving a limitless term because he both owns and controls his empire. Modern empires share Rome’s historical fear of barbarians at the borders, though some empires remain extremely vague about where their borders are and sometimes whether they actually exist. The barbarians Zuckerberg fears the most are in Washington and Brussels.

Facebook’s most urgent threat comes from the capital of Zuckerberg’s own nation, the United States, where senators last year demonstrated their failure to master or even understand the digital Latin spoken by Zuckerberg and the imperial elite of Silicon Valley.

Aware of the difficulty of getting his important messages across to those who fail to appreciate the fragility of his mighty empire, the CEO of Facebook is attempting a tactic that’s new to him but very familiar to the professionals in Washington. It consists of wining, dining and finding ways to dictate, with a broad smile, the terms of legislation that can respond to the deep concerns a defender of monopoly is typically faced with. Charm (and subtle promises of favors) has always been more effective than intimidation or imperial arrogance in Washington.

Axios sums up the state of play: “With these private dinners, senatorial sit-downs and a presidential audience, Zuckerberg aims to move Facebook beyond playing defense and toward a meaningful dialogue on regulating the internet.”

Favorable to one’s interests, despite the impact on other people or the deeper meaning of one’s actions for society

Ideally, Zuckerberg would like to see regulation that keeps at bay the shaggy-haired barbarians (his less respectable paying customers) and recognizes Facebook’s need to have as few constraints as possible as it manages the world’s population in ways that the US government, relying only on its military might and economic clout, cannot guarantee.

If only the senators could understand the advantages of the two uniting their powerful forces and working together. Facebook promotes “friendship” by allowing billions of people to be friends, something the US government has never managed to do. In the age of Trump, the simple truth that the US is willing to put on its nastiest face in its dedication to using its military and economic force to intimidate and reduce to submission the rest of the world has never been more apparent.

The media, reporting on Zuckerberg’s visit to Washington, agree on a shift in tactics in Facebook’s political game. Instead of “playing defense,” Zuckerberg is mounting a charm offensive. Rather than appearing as the adversary seeking to protect its power and privileges, he has finally decided to do what all lobbyists do: help the lawmakers design the legislation that will be used to regulate his industry while showing his willingness to fraternize with these honorable personalities. They want to pass new laws. Rather than asking them to refrain, Zuckerberg offers his constructive advice.

Forbes cites the substance of his proposals for reform: “From what I’ve learned, I believe we need new regulation in four areas: harmful content, election integrity, privacy and data portability.” In other words, not in restraint on monopolies, especially on a monopoly totally controlled by a single person.

Zuckerberg’s rhetoric provides a hint to his tactic. The clause “from what I’ve learned” that prefaces his proposal may superficially convey a message of humility, but what he really means is that now, for the first time, he understands the business culture of DC and is ready to play the game on the lawmakers’ terms. In a practical sense, this means that rather than defensively trying to fend off regulations he doesn’t like, it’s up to him to define the legislative objectives and, perhaps, as is often the case, draft the regulations that suit him best, saving the lawmakers the bother.

All of this proves not only that multibillionaires can “learn” something new — at least when they think their goose that lays the golden eggs may be taken away from them — but that inevitably those who control not just a highly-profitable monopoly touching billions of people’s lives, but also the psychology of its customers will learn to find a way to live in harmony with the elite that controls only the political machine.

Reuters gives us a small hint about how the “meaningful” discussions between the two parties take place. Senator Josh Hawley, “a tough critic,” according to Reuters, “said the discussions had been ‘frank,’ often a euphemism for contentious. He urged Zuckerberg to sell Facebook’s Instagram and WhatsApp units, which would limit how much information it could compile about an individual from different sources.” Hawley challenged Zuckerberg: “Prove that you’re serious about data. Sell WhatsApp. And sell Instagram.” Hawley added this remark: “Safe to say he was not receptive to those suggestions.” What self-respecting monopolist would be?

Ever since the presidency of Theodore Roosevelt in the first decade of the 20th century, the US government has been officially opposed to monopolistic practices. The energy of presidents to combat monopolies and trusts in the first half of the 20th century may have something to do with the fact that the US, at that stage of history, was simply one of several competitors in the race for geopolitical power.

The race had been initiated at the end of the 15th century and largely controlled by four or five European nations throughout the 19th century. When the first round of competition disappeared following two world wars, after which Europe was forced to decolonize, the prospect of an American monopoly suddenly became possible. The spirit of monopoly was encouraged, rather than countered, by the asymmetric competition between the US — now endowed with the title “leader of the free world” — and the Soviet Union, a lumbering villain whose system finally and very logically imploded between 1989 and 1991.

The US has, in the meantime, become used to playing a monopolistic role in global politics, a veritable highly-assertive empire, though the cost of the military investment and the uniformly-bad public relations its aggressive policies have created since the Vietnam War have led to a crisis of identity. Donald Trump’s presidency has made this conflict particularly visible. On the one hand, military and financial dominance working hand in hand appear to be the key to maintaining a hyper-productive capitalist empire. On the other, the failure to master the psychology of empire — keeping the colonized happy — has led some, like Trump himself, to wish for a reduction in visibility or sheer presence on the military side while maintaining economic control.

That may well be the essence of his “America First” philosophy. Trump’s critics — especially the Democrats but also traditional establishment Republicans == sense that military presence is the key to the stability of an empire that has too many borders to defend without providing adequate force.

The military-industrial complex that grew up after World War II typifies the nature of economic monopoly today and its importance as the foundation of US power. That, in itself, explains why governments stopped breaking up monopolies in the interest of competitive capitalism. There are those like Senator Hawley, who will keep trying, but they are unlikely to succeed.

CNN reports that Democratic Senator Mark Warner last week told Zuckerberg: “This is not just a tech issue. It’s about civil society, and the integrity of our political debate.” Facebook’s CEO and virtual dictator has undoubtedly learned that if he does something to defend “the integrity” of the political debate, his critics will leave him alone with his monopoly. That’s the kind of meaning that emerges from “meaningful discussions.”