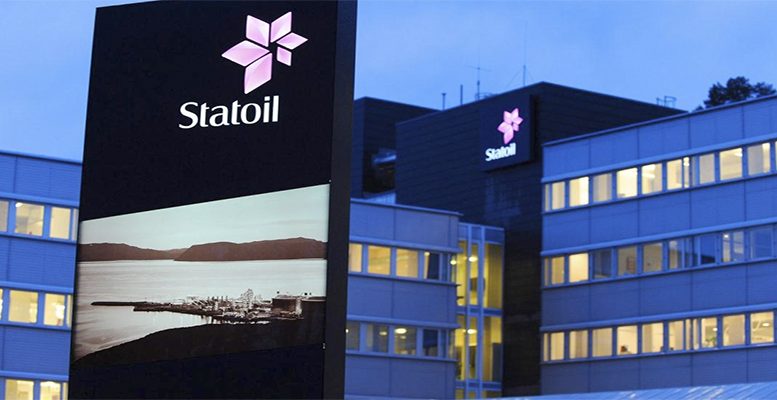 Carax Alphavalue | The recent OPEC deal was more than welcomed by the Norwegian oil company which has more than 60% of its production coming from the Continental Shelf. With little by way of refining compared to its integrated oil peers’, Statoil’s (Add, Norway) earnings are a near direct call on oil prices. While efficiency in its mature fields was key to stabilise production (1.2mbpd), the recent Johan Sverdrup project (40% operator) provides some spark to the upside story. At about 140 kilometres west of Stavanger in Norway, this big find came as a game-changer for the company’s domestic production. According to Statoil, the field is in water depth of 110-120 metres and has a potential of 660kbpd (or 264kbpd for the group) by 2022 with full-field investment of NOK150bn. Phase 1 should begin delivering as from 2019 with 440kbpd and a break-even at $25/bbl by 2019 thanks to the debottlenecking of the production capacity from its original range of 315-380kbpd of oil to 440kbpd.

Another benefit to Norway is that they didn’t participate in the non-OPEC side of the oil producers meeting. State-owned Statoil should benefit from the deal only on the positive side (oil prices uptick), while other producers may have to lower production if the deal actually implemented. Statoil is not only a Norwegian producer, it is also one of the main producers in Angola (mainly the pre-salt layer) where its production exceeds 200kbpd, more than 10% of the company’s total production, and more than any other country outside Norway. In the US, it is currently adding fracking crews to its unconventional plays in Bakken, Marcellus and Eagle Ford, mainly relying on natural gas production as is also the case in the Gulf of Mexico.

Statoil may end up being a good bet on La Nina as forecasters have determined that the weather-changing event is here again with an impact from January 2017. The US climate prediction centre announced in November that a weak La Nina is underway, meaning higher natural gas prices as half of US households use gas for heating. Alongside with lower inventories and decreasing production, natural gas prices in the US have increased by 30% since, to hit a 24-month high. This is excellent news for Statoil which derives 15% of its production in the US. It will also, later on, have a mechanical albeit more marginal impact in Europe where the group will always be better placed than its peers as it competes with its pipelines rather than via the LNG route.

A transition to Renewables through Natural Gas

As a key natural gas supplier to Europe and through its exposure to the US, Statoil obviously has its production profile leaning towards gas. This is welcomed in an energy transition in which electric vehicles are threatening crude oil in the long term. It is also appreciated from an environmental view. The group recently came top in a review conducted by the Carbon Disclosure Project on metrics such as greenhouse gas emissions and asset mix in the oil & gas sector. Its green credentials do not stop there. Recently, the group made its first investment in solar power technology in Oxford PV, in line with its strategy to add more renewables to its portfolio. Earlier in 2016, Statoil launched a venture fund to invest directly in growth companies.

In its core business price deflation and efficiency gains have also helped cut capex by 21% on recent projects but also on operating costs. In Norway, the group was able to decrease its opex by 5%, while its international division, the current growth driver, saw its costs decrease by more than 25%. Being more concentrated and focused on E&P means less staff, less bureaucracy and a tighter organisation. With only 25,000 people, or half the number of its peers (53,000), its costs base is also lower (€6bn staff costs) due to the absence of significant downstream and labour intensive operations. Still Statoil remains a big oil in terms of production, in line with competitors with average output at 1.9mbpd.

The recent share price increase may continue for some % and still leaves some upside when integrating oil prices at $52/bbl (Brent) for next year. Our NAV indicates a NOK156/share target price, not much above the current price. The growth of the International division is better captured by the DCF showing a 17% upside. A $10/bbl increase raises its net income by $1.4bn (NOK 11bn) and $1bn for natural gas price rise. For those who are convinced that the OPEC deal will stick and that La Nina will stress the weather, Statoil is the oil play.