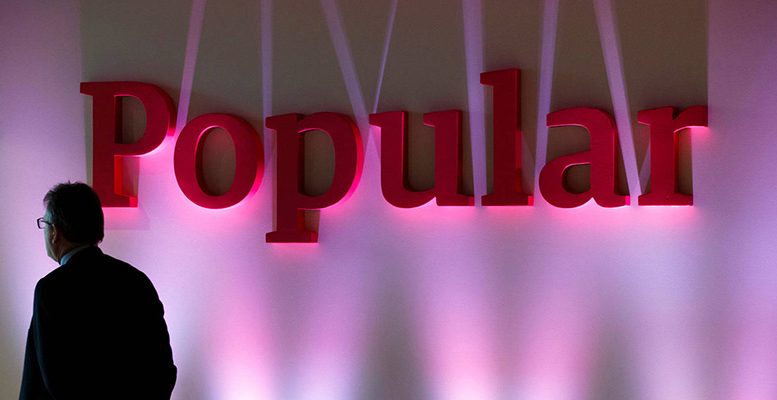 Banco Popular has had no other option but to take drastic measures to get itself out of a jam. The huge amount of impaired property assets on its balance sheet has forced the bank to make two capital hikes worth 5 billion euros, restructure the organisation, which includes the appointment of a new CEO and announce that it will lay off 3,000 employees and close 300 branches.

The job losses will affect 20% of Popular’s 15,000-strong worforce, while the branch closures will mean a reduction of 14% of the current total of 2,093. These tough measures, as well as the capital increases, have not convinced investors, at least for the moment: Popular is the Ibex stock which has lost the most in terms of value this year (almost 60%), and has not even managed to pick up any momentum today.

Popular’s stock market value is currently 4.6 billion euros, which makes it attractive for some investors. The lender’s managers, headed up by  Ángel Ron, are responsable for the current situation, but they have outrightly denied any kind of consolidation move which is not a merger of equals. La Caixa and Sabadell’s interest is well known, although up to now any approaches have been rejected.

With the changes it has announced, Popular aims to modernise its organisational structure, cut costs and improve profitability. The problem is that they are trying to deal with these issues in the worst possible context for the banking business, given the huge drop in revenues, weak business volumes and the sharp drop in profitability.

In order to deal with its property ‘hole’, Popular has announced that it will set up a subsidiary (which won’t be involved in the banking business and will be listed on the stock market). It will transfer its around 6 billion euros of impaired unproductive assets from its balance sheet to this subsidiary. In this way, it aims to clean up its balance sheet and increase the group’s solvency and results.