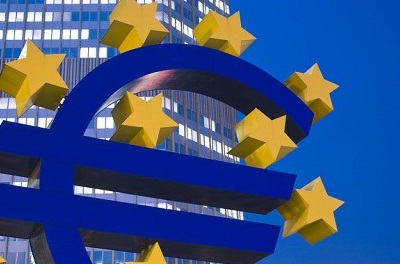 La Caixa research team, in Barcelona | The role played recently by central banks in the current scenario is being decisive. Since 2008, they have demonstrated an extraordinary capacity to take decisions and act in response to the financial shocks occurring. Thanks to this sustained commitment they are achieving, at least in part, their desired goals of relaxing tension in the capital markets and boosting economic activity.

As is usual, the outcomes of the measures that have been adopted require some time between their implementation to when their effects on the different economic and financial variables start to be felt. This is precisely the phase in which the main central banks of the developed countries now find themselves: a period of «wait and see» after the aggressive actions of the last few months.

In the United States, this was the implicit message given by the Federal Reserve (Fed) after its regular monetary policy meeting. As on previous occasions, the Fed Chairman, Ben Bernanke, highlighted the improvement seen since the summer in the indicators for household consumption and corporate investment. This trend has been accompanied by a gradual increase in the net creation of jobs.

In spite of leading indicators, Bernanke pointed out that certain weaknesses continue in particularly relevant sectors, such as real estate. As a joint assessment, the Fed Committee declared that it expects the pace of economic growth to be «moderate» over the next few quarters. This marks a slight change in the terminology used («modest» was the term used up to now) that underlines, in the opinion of most observers, a more optimistic bias in the central bank’s message.

In any case, the Fed decided to keep to its monetary policy strategy under the already familiar terms: exceptionally low interest rates (0%-0.25%) and the application of extraordinary measures already in force. Subtly, as he did not provide any more details regarding the deliberations of the Committee regarding extraordinary measures, Bernanke delayed one of the most debated issues in financial markets until the next meeting: the possible application of a third round of quantitative easing.

Regarding the ECB, the central bank’s position has also transmitted the start of a waiting period after its latest actions in European financial markets. On the last day of February, the central bank carried out the second of the two auctions for unlimited three-year loans (LTRO) to banks in the euro area. On this occasion, the ECB granted a total of 530 billion euros to the 800 banks in question.

According to its president, Mario Draghi, the tender was considered to be of «unquestionable success» as, on this occasion, among those applying for loans were medium and small-sized banks, auguring a more effective distribution of funds towards the real economy.

As already suggested by Draghi himself, it is still too soon to calculate the impact of all the unconventional measures adopted by the central bank in the last few months. For the moment it can be stated that positive effects have been observed on credit markets and investor sentiment in the euro area. Similarly, the bank’s executive body expects clear signs to be perceived of an increase in credit activity to the private sector over the coming months.

Based on these funding facilities granted to the banking sector, and given that several signs have been observed of the euro area’s economy stabilizing, the ECB decided to keep the official interest rate at 1%. However, the authority has warned that there are still risks that could push growth down. It is precisely because of this circumstance that it forecasts an average fall in GDP for the region this year of 0.1%.

Similarly, Draghi referred to the existence of certain risks that might push up inflationary expectations over the coming months, including recent oil price rises and the hike in indirect taxes in several member countries. Draghi also applauded the progress made in the fiscal and labour areas being carried out by several governments in the euro area, principally Spain and Italy, and urged policymakers to implement new structural measures. In the case of the central banks of emerging countries, the pace of monetary policy decisions has also slowed up somewhat. Once the vast majority of emerging central banks had chosen a monetary strategy of relaxation to avoid a sharp slowdown in their economies, the appearance of a new source of instability is hindering their application. In fact, the rising price of a barrel of crude, caused by tensions in the Middle East, is increasing inflationary pressures at a global level.

This circumstance has a greater impact on emerging economies, with substantially higher inflation rates than developed countries. Consequently, the pace of monetary relaxation has slowed up but in no way has stopped. For example, Brazil has cut its official interest rate to 9.75%, while China and India have reduced their reserve ratio for banks.

For their part, the interest rates of interbank markets in the United States and the euro area continued their downward slide started months ago. The relaxation of the Libor and Euribor interest rates is mainly a result of the forcefulness of the central banks’ quantitative measures. However, dysfunctions in the European interbank market are still significant. This can be observed via the increase that has occurred in the already high level of overnight deposits made by European banks with the ECB after the 3-year loan auction.