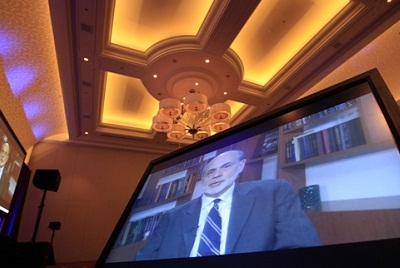 NEW YORK | One of the keys of the severe financial crisis in the US were “liar loans”, given to people who did not even have a job. Four years later, many worthy homebuyers are paying for that. Banks have become so restrictive in their mortgages that many citizens are frozen out of the housing market, Federal Reserve Chairman Ben Bernanke said on Thursday.

Bernanke said home mortgage credit outstanding at banks has contracted about 13 percent from its peak. According to Fed surveys, even when homebuyers can make a 20 percent down payment, banks are often reluctant to offer mortgage money. The fear of another bubble plus the ongoing European debt crisis is making them even more distrustful.

“Most banks indicated that their reluctance to accept mortgage applications from borrowers with less-than-perfect records is related to ‘putback risk’ – the risk that a bank might be forced to buy back a defaulted loan if the underwriting or documentation was judged deficient in some way,” he said.

The exception are those with a stellar credit, who can qualify for a mortgage and will benefit from a low record rate: mortgage rates have been below 5 percent for more than a year now. This is because they tend to track the yield on the 10-year Treasury note. Slower U.S. job growth and uncertainty about Europe have led investors to buy more safe investments (treasuries). As demand for Treasuries increases, the yield falls.

However, this hasn’t done much to boost home sales, below 4 percent for all but one week since early December.

Be the first to comment on "Lending not likely to loosen up soon, says Fed’s Ben Bernanke"