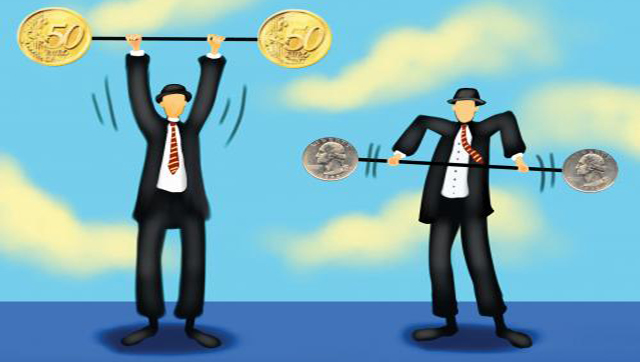 The U.S. Justice Department has launched a probe into BNP Paribas, the largest French bank, over alleged violations of U.S. sanctions against Cuba, Sudan and Iran. According to press reports, it is considering a fine in excess of US$ 10 billion and a possible temporary ban on moving dollars across U.S. borders. Already, it has pressed for the removal of some of the bank’s senior executives.

U.S. authorities claim that although the parties were a non-U.S. bank and non-U.S. entities, and transactions were legal under French law, the fact that the business was conducted in U.S. dollars and resulted in clearing transactions on U.S. territory makes the bank liable to prosecutions under U.S. law.

I do not intend to comment on the case itself, but on its broader relevance. BNP Paribas is not the first non-U.S. bank to be accused of violating U.S. law because of dollar transactions. Standard Chartered, a British bank, and ING, a Dutch bank, were recently fined for similar reasons, although the amounts were considerably smaller. But the case raises important questions about the nature and scope of an international currency.

An international currency like the U.S. dollar and to a lesser extent the euro is one that is being used beyond the borders of the issuing country and for transactions involving residents from third countries only. For example when Airbus, the European manufacturer, sells an airplane to an Asian country, the price is set in U.S. dollars. Oil sold by a Middle Eastern producer to a Latin American country is paid for in U.S. dollars. And foreign exchange reserves held by the central banks of China or South Korea are mostly denominated in U.S. dollars. So the dollar serves globally as a unit of account, as a medium of exchange and as a store of value.

The international role of the U.S. dollar is overwhelming. The euro also serves beyond borders, but mostly regionally, although euro assets are held by non-European investors for diversification purposes. The British pound and the Japanese yen play a marginal role only, and the yuan is still an infant international currency.

There are good reasons for this inequality of status: as for a language, the usefulness of a currency is directly proportional to the number of people also using it. Economists speak of network externalities: the U.S. dollar is worth holding because the probability that your next client is also using the currency is almost one.

For this reason the world has become accustomed to using the U.S. dollar as the international currency. The depth and liquidity of U.S. financial markets makes it possible for foreign financial institutions to buy and sell dollar securities without limits. When financial markets got impaired in the wake of the collapse of Lehman Brothers, the U.S. Federal reserve was quick to ensure continued access to U.S. dollar liquidity, not only in the United States but also abroad through a series of swap agreements with foreign central banks. This made, say, a British bank without an American branch able to tap into dollar liquidity at the Bank of England although it had no direct access to the Fed.

Scholars have discussed for decades the costs and benefits of issuing an international currency. On the plus side, it increases the demand for securities issued in that currency, which is an advantage for domestic borrowers; on the minus side, it forces the central bank to accommodate demand by non-residents, which complicates currency management. For this reason the German Bundesbank was always reluctant to let the deutsche mark internationalize.

Recent events show that there is more at stake. Coming after similar ones involving other European banks, the BNP Paribas case is a strong reminder that for all of its international presence, the U.S. dollar remains first and foremost the currency of the United States. Although transactions conducted outside the country do not fall directly under the scope of U.S. law, they do so indirectly via the transactions they generate in the United States. To the extent U.S. authorities intend to use this indirect link to enforce a U.S.-specific ban on certain transactions – and there is evidence that U.S. attitude has toughened since 2008 – U.S. law tends to become de facto extraterritorial.

Already in fact, the swap agreements entered into by the Fed during the financial crisis sent a clear signal. As these agreements involved counterparty risk – the foreign central bank could prove unable to return dollars received from the Fed – the U.S. central bank could only embark on them with the backing of the Treasury. In the end, the choice of beneficiaries was not purely financial. It also involved diplomatic choices: some central banks could get direct access to the Fed, some others could not.

The short lesson from these developments is that there is no such thing as a fully international currency. All currencies are in the end national. This reality may be forgotten in quiet times, but there is always a moment when market participants are reminded that a currency rests on a legal order and a fiscal backstop, both of which are national in essence. Some of the problems faced by the euro on international markets stem from the fact that it is a currency without a state. When it comes to making diplomatic choices or to taking risks on its balance sheet, the European Central Bank cannot rest on a treasury that provides fiscal backing or decides which partners should be more equal than others.

These developments are likely to trigger strategic reflection in several world capitals. As the world heads toward a more balanced distribution of economic weight, is the geography of currencies going to change accordingly? Until recently the question seemed to be only one of relative monetary stability and financial sophistication. We cannot ignore anymore that it also involves legal, judicial and political dimensions. This is bound to have profound implications for national choices.

Be the first to comment on "Why All Currencies Are National"