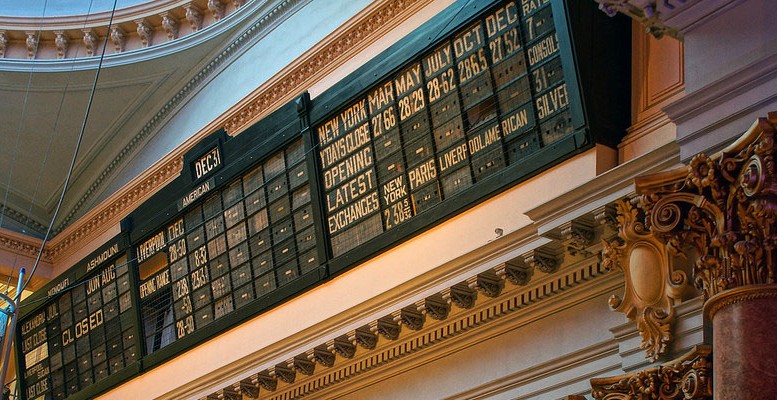 Francisco López | The OECD has once again downgraded its outlook for global growth, especially for the Eurozone. The area will only grow 1.4% this year, almost half a percentage point less than the previous forecast in November. But is the downwards revision the result of the sharp drop in share prices, or is it the stock market which is in fact anticipating that growth will slow in the coming months?
The theory tells us that the markets move up or down in line with economic expectations. But it’s not clear that this variable is behind the performance in recent weeks. In fact, some analysts say the opposite: the most recent eurozone macro data only shows a slight slowdown in growth and in no way justifies the current markets’ collapse.
There are some who believe that the extent of the decline in share prices and the drop in interest rate gradients could reflect expectations which become reality, fuelling a greater deterioration in the macro economic outlook . Without doubt, the depreciation in assets contributes to the worsening of expectations because it depresses consumption and investment.
The OECD believes that the situation is particularly serious in the Eurozone, where the uncertainty over the European project and the weakness in demand is leading it down the road to stagnation. And not only in heavily indebted countries with high jobless levels, but also in others which have weathered the crisis well like Germany.
The international organisation highlights that the eurozone recovery is “slow” despite the fact it is enjoying “exceptional” monetary stimulus, a favourable exchange rate and the boost provided by very cheap oil.  It also criticises the fact that there have been delays in the handful of measures implemented lately, such as the Junker Plan aimed at investing 315 billion euros in the next three years.
ECB President Mario Draghi has insisted this week that governments must adopt more fiscal measures to accompany monetary policy. The minutes from the last ECB governing council meeting, published yesterday, show that most of its members are in favour of fresh stimulus.