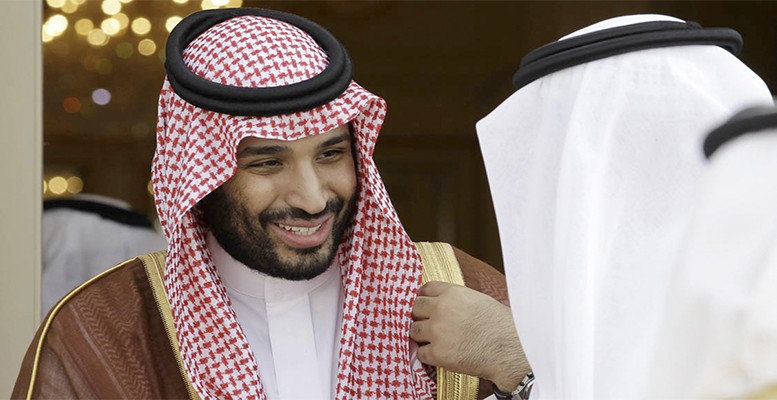 BARCLAYS | The Doha meeting, among 16 oil producers (OPEC and non-OPEC) concluded on Sunday, without an agreement on a production freeze. The much-awaited meeting exposed the political rift between Saudi Arabia and Iran, and ultimately doomed the agreement. Representatives from Saudi Arabia, Russia, Qatar and Venezuela agreed on a draft in advance to be put forward to the group, but the Saudis changed their stance on Sunday morning. Though Iran initially planned to send their OPEC minister, his participation was cancelled when the Qataris insisted that all attendees would also be signatories to any deal.  The political tension between Saudi Arabia and Iran trumped the economics for agreeing to a deal.  The producer countries are likely to meet again at the OPEC meeting in June, but we assign little meaning to the process in light of the fundamental rebalancing that is underway. We maintain our fundamental view that Brent is likely to average $36/b during Q2.

What the no deal signals to the market

This meeting and its outcome should have built confidence that the oil market rebalancing was close at hand, as well as building a circle of trust among producers for possible future cooperation and coordinated action. In this regard, the meeting was a complete failure. The meeting gave these producers an opportunity to fast forward the market balancing process. But they could not agree on a freeze, especially when most attendees (ie, Saudi, Russia) are producing at elevated levels, and some producers are facing declines (Venezuela, Qatar, Algeria). The failure of the talks gives the market another clear indication (similar to the failed December 2015 OPEC meeting) that OPEC’s relevance in this market environment has faded, and its ability to coordinate with members outside the group is equally difficult.

If agreeing to a freeze of output among producers whose output is close to capacity is proving this difficult, then this exercise shows to the market that achieving a cut, should there be a need for one in the future, will be almost a non-starter.

Moreover, the meeting exposed that the heightening geopolitical tension between Saudi Arabia and Iran continues to transcend into the oil market, hampering OPEC representatives’ ability to save face with even a simple, vague agreement to do what they had planned to do anyway for the next couple months.  The Saudi position shift also highlights that there are likely differences of view between Mohammed bin Salman, who is firmly in the driver’s seat of Saudi Arabia’s oil policy, and the Ministry of Petroleum, headed by Minister ali-Naimi. Our outlook on market balances and oil prices

This crisis of confidence among oil producers to act, combined with elevated speculative length in the oil markets going into this Doha meeting, could result in a sharp price fall in the short term, as positioning in the market adjusts to the new reality. However, as we discussed, in Oil Special Report: The Brouhaha in Doha, physical oil market balances have tightened recently, helped by unplanned supply outages and a slowdown in non-OPEC supply growth. Over the weekend, fresh supply outages have been added, with strikes in Kuwait (reportedly affecting production there), further outages in Nigeria (Brass River) and Canada (Primrose). On Sunday, Kuwait Oil Company’s spokesman Saad Al-Azmi posted on the company’s Twitter account that as a result of the worker strikes, the company had cut crude output to 1.1 mb/d. This is lower by 1.6 mb/d from the level produced in March, and represents a large supply outage if sustained for more than a week. Currently, export ports are operational, as Kuwait has oil stocks to offset the outage. However, if the strike were to last for more than a week, it would tighten physical oil markets significantly. It is unlikely that the strikes would last that long given the remits of Kuwaiti law, on strikes that affect production and the need to attempt discussion before extending a strike. Kuwait is a large refined product exporter (750 kb/d in 2015), and the state refiner KNPC has also reduced refinery output to 520 kb/d from 930 kb/d (source: Reuters), before the stoppage on crude started on Sunday. This has the potential to boost refinery margins in the near term, although, once the refinery does return, if margins don’t fall, the elevated runs globally could exacerbate the diesel glut, and cause run cuts globally down the line. Overall, we don’t see the strikes in Kuwait impacting production for more than a week, but this is worth keeping on the radar given the size of the outage.

These tightened market balances from the supply side, despite demand being lacklustre (weighed down by weak diesel demand), suggest that prices may not fall much below $30/bbl. Our downbeat Q2 forecast of $36/bbl for Brent, followed by a mild recovery into Q4 2016 to average $43/bbl, is driven by our market balance assumptions (see Blue Drum) that the oil market surplus will fade from 1.6 mb/d in Q1 2016, to a stock draw of 0.1 mb/d in Q4 2016 and 0.6 mb/d over 2017. The balancing process in the oil markets is well underway, but producers have missed the opportunity in Doha to reinforce this process. The uncertainty in the market with regards to the such next meeting and the developing geopolitical backdrop with regards to Iran and Saudi Arabia, will continue to lead to oil market volatility.

To the extent that market participants saw reason to add positions from their expectations for this meeting over the last several weeks, it has delayed the damage to supply and the stimulation to demand that was underway in the low $30 range. We think the producer meeting’s failure to meet those already-low expectations means that the market is likely to backtrack to square one, consistent with our forecasts. And, like the December 2015 OPEC meeting, the group might have been better off not having the meeting at all. A brouhaha indeed.

A disappointment in Doha to sour market sentiment in the short term, but oil market balances are on course to reduce surplus by Q4 2016.