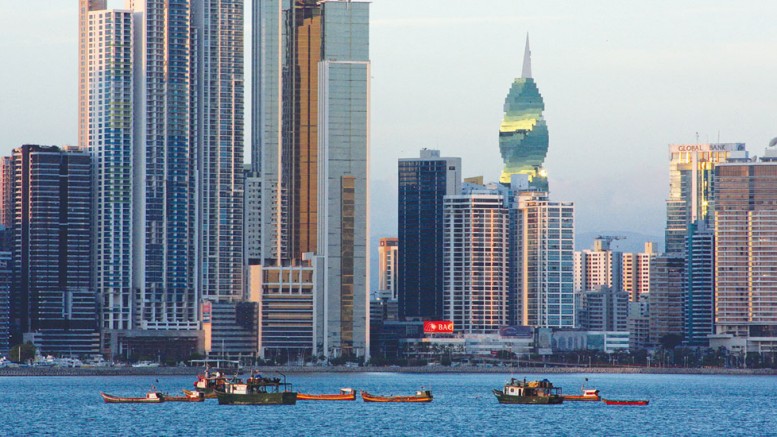 *This article is originally published by Fair Observer.

Scott Klinger | The massive release of the Panama Papers has rocked the financial and political world. The leaked documents from Panama’s Mossack Fonseca law firms contain more than 11 million files involving 214,000 companies set up over the last four decades. A dozen current or former heads of states are implicated and one, the prime minister of Iceland, has already resigned.

Despite the enormous scope of the leak—more than 1,500 times larger than Edward Snowden’s WikiLeaks files—it represents just the tip of the iceberg of worldwide activity to conceal the identity of those participating in financial transactions.

Anonymous offshore companies can be used for a host of reasons, some perfectly legal, but many not, including tax evasion, theft of public funds, arms trading, human trafficking, consumer fraud, illegal campaign contributions and international drug trading. Though Mossack Fonseca says it is the fourth largest law firm that specializes in helping clients set up offshore accounts in secrecy jurisdictions throughout the world, there are tens of thousands of law firms willing to help their clients set up offshore corporations.

One of the striking things about the Panama leaks is that, to date, few Americans have been named. Several commentators have noted that Americans don’t need to go to Panama to get help concealing their transactions in anonymous companies, since there are ample opportunities to do so using anonymous shell corporations set up in the United States, with the help of American law firms.

Mossack Fonseca’s business centered on providing its customers secrecy to hide their transactions from tax authorities and law enforcement officials. But Panama is not alone in the world of financial secrecy. In fact, it is not even the most desirable nation in providing cover to wealthy and powerful investors. The US ranked as having the third least transparent financial system according to the most recent Financial Secrecy Index, an annual survey prepared by the Tax Justice Network. The US trounced Panama which ranked 13th and was bested only by Switzerland and Hong Kong.

In January, 60 Minutes aired a segment focusing on a ground-breaking undercover investigation of anonymous corporations undertaken by Global Witness, an international human rights organization. Global Witness’ undercover representative set up meetings with 13 New York law firms. He claimed to be representing an unnamed West African minister of mines looking to buy a private jet, a brownstone apartment and a yacht and needed help bringing funds into the US without detection. All but one of the firms eagerly supplied suggestions—including on how to use both foreign and domestic anonymous companies to conceal the wealth of the seemingly unscrupulous client.

Though no money was actually moved during the Global Witness investigation, anonymous US shell corporations are used for nefarious purposes every day in our country. Convicted international arms dealer Viktor Bout used a global network of shell companies, including those set up in Delaware, Florida and Texas, to sell arms that perpetuated conflicts in Africa and throughout the world. The government of Iran violated US sanctions by using an anonymous shell company in New York to disguise its ownership of a skyscraper in the heart of Manhattan. A major Mexican drug cartel used anonymous corporations based in Oklahoma to launder millions of dollars of profits in illegal drugs. Anonymous corporations have been used to rip-off vulnerable seniors and military families, promising too-good-to be-true investment schemes.

The Federal Election Commission currently has before it several cases where anonymous companies were allegedly used to skirt campaign finance laws. Anonymous corporations have been used to rip-off taxpayers, including a school administrator in Ohio who directed funds intended to pay for school supplies into an anonymous corporation, and an organized crime syndicate that used anonymous companies in seven states to perpetuate the largest Medicare fraud in US history.

Crimes involving anonymous shell corporations waste the time and resources of our nation’s law enforcement agencies. Agents following trails of money wind up at shell company after shell company, each of whose true owners are concealed.

Why has the US been unable to stop this dangerous and costly practice?

The answer is simple: political will. In many American states, you are required to provide more information to get a library card than to set up a shell company. Comedian Stephen Colbert set up an anonymous shell corporation on his television show in less than 10 minutes.

In the US, states are responsible for incorporating businesses. None of them require the true person who owns or controls the company—known as the “beneficial owner”— to be identified on corporate registration papers and instead allow an agent (such as a lawyer or a company formation agent) to be named instead.

Since 2008, there has been legislation in the US Congress that would change the rules and require all US corporations to disclose the names of real owners, not third-party agents. The Incorporation Transparency and Law Enforcement Assistance Act (S. 2489 in the Senate and H.R. 2489 in the House) would require states to acquire one additional piece of information from corporations they register: the names of beneficial owners. The law contains many reasonable exemptions, including public corporations (who already have registers of beneficial owners); churches and other non-profits; and owners of businesses with more than 20 employees, $5 million in annual revenues and a physical presence such as an office.

Many law enforcement agencies, along with the FACT Coalition, a 100-member coalition of human rights, faith-based, labor, transparency and environmental organizations, have endorsed the legislation. The main opponent to date has been the National Association of Secretaries of State (NASS), the lobbying arm of state Secretaries of State. NASS argues against the bill because of the cost of reprogramming their databases to accommodate the names of beneficial owners. Despite the commitment of the US Department of Justice and the US Treasury who together have pledged to provide $40 million from a pool of funds they have seized from criminals, to help states offset the cost of implementing the collection of beneficial ownership information, NASS has refused to budge. Meanwhile, the list of shell corporations used for criminal activities in their states continues to grow.

The Panama Papers do not represent a problem that’s “out there,” but rather a problem of secret financial transactions that affects lives in communities throughout America. When US political leaders pledge to look into the Panama leaks, they should start by looking in their own backyards.

*This article is originally published by Fair Observer.