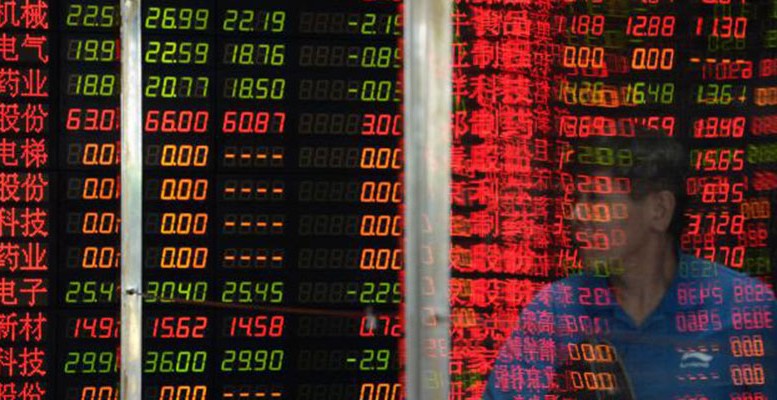 Ofelia Marín-Lozano | There are apparently two imminent threats to the world economy which explain why the markets have tumbled. The first one is the damage low crude prices could cause for investments in the oil sector and therefore for the global financial system. The second is that the fall in oil prices may reflect the sharp slowdown in China, and that is a logical danger for world growth.

But both of these issues seem cloudy, if we look at the numbers:

China accounts for approximately 10% of total oil consumption, about 10 million barrels per day.

If it grows the predicted 3% for 2016, compared with 4% in 2015, then this means the rise in global oil demand on the back of China’s growth will be 0.3 million bpd instead of 0.4 million bpd, out of a total consumption of 95 bpd (a difference of 0.1%). So as we can see, linking the fall in oil prices to greater or less growth in China, is an idea which doesn’t hold up.

But the important thing is that the Chinese economy is not tumbling, if anything it is growing less. If instead of growing 7%, it expands either by 6.5%, 6%, 5% or 4%, it will still account for dozens of millions of consumers in the global market.

Currently there are about 400 million middle-class Chinese, those who can buy a car and have access to the basic consumer goods we have in the West. Twenty years ago this class did not exist. So even if China grows only very slightly we will see a lot more cars on its roads than in 2015, which makes it difficult to believe that they will consume much less oil.

Those companies which need oil prices to be at around $50 per barrel to survive (shale gas producers, or companies which extract oil in deep waters) have loans with banks or bondholders which could total about $300 billion.

The loans to this sector from the European banks are not relevant and, in the case of the US banks, the one exposed to the most risk is Citigroup with $20 billion, representing about 1% of its total assets. So once again, fears that there will be a another major financial crisis, are unfounded.

Supply and not demand is the current problem for the oil industry. The price of crude varies principally according to the variation in supply. Demand increases year after year (around 1 million bpd annually). But the emergence in recent years of new supply from the US (fracking, shale) has put downward pressure on prices.

At current prices of around $35 per barrel, and at full cost, this new supply is no longer profitable (it starts to be so at around $45-60 per barrel). But as a lot of investments have already been made, and the variable cost of continuing to extract oil is still below the current price, there is not going to be any immediate reduction in supply. There will be no new investment projects, but those already started will continue to extract oil.

If OPEC, alone or with Russia, decides to make a small cut in production (about 5%), prices will quickly rise. If not, then we will have to wait a bit longer. The most likely scenario in the coming months is that oil prices will be near, but not exceed, $50 per barrel, or the complete cost of fracking production.

That will stop new producers from starting up projects, earmarking all their revenues for paying off debts without obtaining any benefit or new financing. They won’t go bust, but neither will they increase production. This will allow the traditional producers to optimise the price without cutting production further ahead.

It’s always complicated to make predictions about politics, and there’s a lot of politics involved in the relationship between the big crude exporters, Russia and Saudi Arabia and the US, the principal consumer of crude and producer of non-conventional oil. If there is no cut in production, and low prices continue for a long time, the fracking companies could face serious financial problems, which would also be prejudicial for their lenders. But the extent of this damage is not huge.

On the other hand, those countries which are net consumers of crude (mainly Europe and Asia) would benefit from the low cost of acquiring this indispensable raw material. To sum up, it would be a mistake to allow someone else’s panic to cloud our judgement.