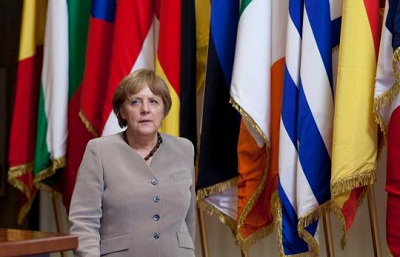 By Julia Pastor, in Madrid | After so many fruitless meetings, conversations and rounds nobody expected that the European leaders would be able to reach a more than reasonable agreement for Europe, that tough Germany would relax its position towards its Southern partners, and Spain and Italy would resist before the steam engine of the euro zone. But it happened.

Banks will be recapitalised directly with the European Stability Mechanism funds under very severe conditions, when the European Central Bank become the only banking supervisor at the end of the year. This means that the financial assistance to Spanish entities will not be entered as public debt. Furthermore, the European Union will enable the use of the rescue funds to buy sovereign debt of countries under market pressure.

Madrid's financial City has welcomed unanimously these results. Analysts coincide in labelling the news as

“beyond than expected”, “clearly beating expectations” or “particularly positive for the Spanish entities” and “a reflection of the political willingness to advance into a further banking union”. Nevertheless, they also insist on the importance of details that have not been revealed yet.

“the summit's results show the real extent of the stress levels Europe had reached. Even though Germany was seemingly more opened to share risks, its agreement was not expected before the rest of the countries accepted, or were forced to accept, a further surrender of sovereinty.”

She also added that “it is important to understand we still have long years of crisis ahead as well as to consider the difficulties involving the measures, and the many neg

otiations to be made until drawing a valid roadmap. Decisions made yesterday prove very emphatically the commitment of Europe to Europe. But noises will come afterwards.”

Analysts from Bankinter, for example, point to the fact that the ESM possibility to intervene in markets with debt buying will affect at the heart of Spain’s economy because it will involve further pension and labour reforms, a VAT revision and increase, a rise of special taxes as well as removing deductions from home purchases. Experts at Banesto also show some doubts about financial entities direct recapitalisation. They said

“it is not clear how many Spanish banks might adhere to this new instrument, since the document published by the European Council makes this option conditional to the existence of an effective and single supervision mechanism (..) It also remains to be seen if the ESM receives in the end the unanimous approval of all their members in order to activate the program,” Banesto explained.

At Sabadell, analysts find that the results summit

“give a more global solution, and not for each country in a particular way. They will impact very positively on the peripheral countries’ risk premium, which will be transitory if wider reforms such as fiscal harmonisation do not come along, as well as on the banking sector, in spite of the severe conditions”.

No doubt the agreement are good news. No doubt everybody seems happy with the results: analysts, the stock exchanges, Monti, Rajoy, Van Rompuy, Cameron, even Merkel. No doubt that flexibility is essential to go further, but no doubt we must have been learnt from previous summits. Let’s wait and see a new euro area unfold.