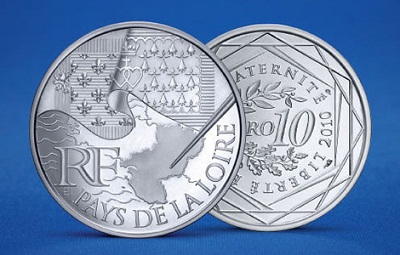 By CaixaBank research team, in Barcelona | France's statistics institute confirmed the French economy's stagnation in the first quarter and the year-on-year rate of change stood at 0.3%. In April, the economic climate indicator worsened and, in May, most leading indicators showed this decline getting worse, affected by the economic uncertainty, particularly due to the euro area crisis. The economy is therefore likely to continue slowing down in the second quarter or even decline slightly. We have kept to our forecast of 0.1% growth for the whole of the year.

However, the formation of a new government in May after the victory of the presidential candidate from the socialist party, François Hollande, more inclined towards relaunching the economy, could lead us to revise our forecast upwards. The outcome of June's legislative elections will affect economic policymaking. On the other hand, François Hollande agrees with the targets to reduce the public deficit in the long term, albeit with the proviso that these won't be reached unless the economy grows sufficiently. The problem is that there is little room to manoeuvre due to the existing conditioning factors.

Returning to the GDP figures for the first quarter, the zero quarter-on-quarter growth was due to the negative contribution of one tenth of a percentage point by the foreign sector, offset by a contribution by domestic demand of equal size but in the opposite direction. The component that increased the most quarter-on-quarter was public consumption, which speeded up before the presiden

Within this context, employment in the private non-agrarian sector increased slightly by 0.1% in the first quarter after two consecutive quarters of job losses, standing at the same level as a year earlier. On the other hand, inflation started to fall again in April, reaching 2.1% year-on-year. In this way, consumer confidence picked up slightly in April but is still slightly below its normal level. With regard to investment, in the second quarter industrial capacity utilisation relaxed to some extent and sharpened its deviation from the historical average. In April, manufacturing entrepreneurs revised downwards by one point the increase in their expansion expected for 2012 to 6%, compared with January's previous surveys.

From the point of view of supply, the panorama is similar. Manufacturing production was up by 1.4% month-on-month in March after contracting in February. Orders rose by 1.6% in the first quarter compared with the three previous months and posted a 0.7% increase year-on-year. In April the activity of the secondary sector looked rather stable, as the decline in automobiles, metallurgy and rubber was offset by the progress made in other branches. With regard to construction, demand for new homes weakened in April to a level considerably below the long-term average.

Regarding companies, their number increased by 0.8% in the period of February-April compared with the same period the previous year, indicating that the French economy is fundamentally strong. On the other hand, credit to non-financial firms continued to slow up in March, with a year-on-year rise of 4%.