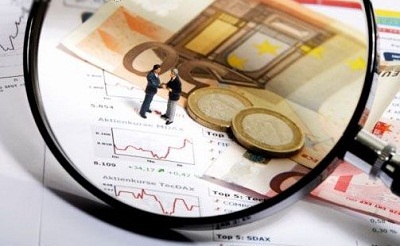 LONDON | For all the mayhem some peripheral countries of the euro zone are meant to be causing nowadays, a few investor notes circulate throughout the City with eager eyes looking into opportunities in the European Union. For instance, at investing house Fidelity, analysts pondering about equity income say that the euro region’s debt crisis appears to have gone into a period of remission after the combined impact of a US-led upswing in economic growth and the ECB’s commitment to providing liquidity to the banking system via its Long Term Refinancing Operations.

“the imminent risk of a disorderly Greek default has been deferred by a €130 billion bailout and a €206 billion debt restructuring, which forced private bondholders into taking large losses on their bond holdings,” as we all know by now.

According to Dominic Rossi, global chief investment officer at Fidelity Worldwide, it is time to stop worrying so much about Europe.

“The risks and the catalysts driving financial markets are chameleon. As one risk fades, others become the focus of investor attention. Right now, the risks to the present rally are oil prices and fears over the extent of a slowdown in economic growth in China.

Iranian oil output has fallen to a 10-year low as UN sanctions over its nuclear programme choke off export orders. This raises the stakes at a time when global stocks are low and the world is struggling to keep up with structural growth in demand from industrialising emerging markets.”

The current high price for oil is a concern as the global recovery is still fragile with major divergences between economies. The danger, Rossi highlights, is that oil heads towards a ‘pinch point’ where its high price begins to destroy demand in oil intensive economies like the US as well as globally, since the oil exporting economies only partially recycle their higher export earnings back into increased demand for goods and services.

“On the positive side of the ledger, equity valuations are undemanding. For low valuations to deliver value to investors, however, we need to see a re-rating of equities, and I am not convinced a significant re-rating is imminent.”

Before such a re-rating becomes more likely in 2013, Rossi advises investors to wait until progress is achieved in key fields. More or less, all of them fall into the euro wider impact zone.

For instance, “the recent Greek bailout and restructuring reduces the systemic risk of a disorderly default, but does little to address the underlying solvency problems of indebted peripheral economies burdened with a lack of competitiveness,” the Fidelity report indicates. “We need to see more evidence of countries getting to grips with their public sector deficits.”

That throws the ball back to Spain and Italy, as does the following remark:

“Bank de-leveraging, banks will continue to shrink their balance sheets throughout 2012 and possibly 2013. We also need to see the banking sector get back onto a solid fundamental footing, where it is not dependent on liquidity from the European Central Bank.”

Fidelity does not expect significant capital appreciation in developed stock markets from current levels without these problems being efficiently tackled. There is still value to be found in equities for patient investors prepared to take a long-term view and look through the short-term uncertainties, though.

“Investors must re-evaluate their approach if they have traditionally focused on capital growth. In a low yielding, low growth world, investors should favour dividend paying stocks and strategies, with income likely to account for a much more significant part of equity total returns, going forward. History shows that high dividend stocks tend to outperform other assets in periods of sluggish economic growth.

“For the last 20 years, investors have bought equity markets for capital growth, but now is the time to buy equities for income.

“In the current environment, where the yield from traditional income-generating assets such as government bonds has become scarce, particularly in the safest issuers, dividend paying stocks represent a sensible diversification for income-focused investors. Current dividend yield levels are ahead of their 15-year averages, especially in Europe where the equities of some companies are yielding more than their bonds.” Be the first to comment on "Fidelity: investors should look again into equity of European companies"