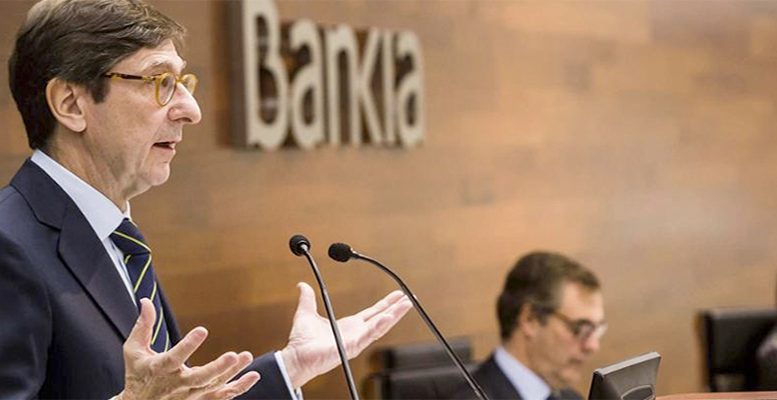 Bankia Chairman, José Ignacio Goirigolzarri, has fuelled M&A rumours after saying in an interview with the FT that the bank “fits perfectly with other large Spanish banks, specially BBVA.”  Bankia’s strong presence in the Mediterranean Arch (excluding Catalonia) makes the lender a good combination for its competitors, Goirgolzarri explained.

These declarations surprised the market given that just last week, during the presentation of Bankia’s Strategic Plan 2018-2020, the Chairman ruled out any plans for corporate operations. “We don’t have on the table or about to appear on the table any kind of corporate transaction,” he said in response a question about the possibility of Bankia being bought by another bank. Whatsmore, in another part of the interview with the British daily newspaper Goirgolzarri acknowledged that “Bankia can go ahead independently,” thanks to “its strategic plan” and its “critical mass.”

Alphavalue analysts were not too keen on Goirigolzarri’s nod to the big banks. These experts believe it is a communication error, as he still has to convince the markets about the viability of Bankia’s recently revealed financial targets. Last week, the management unveiled an optimistic three-year business plan, targeting net profit of 1.3 billion euros in 2020, beating consensus expectations.

“With declarations about a possible merger with competitors, the management can only fuel doubts about its own confidence in the viability of an independent strategy and the financial objectives set out last week. Not to mention the fact that raising the issue of a merger with a rival does not necessarily offer a very encouraging or reassuring outlook for employees and clients.”

Meanwhile, Bankinter maintains that its Buy recommendation on the stock “is based on banking fundamentals” and its Target Price does not include a control premium in the event of a hypothetical merger which “seems very unlikely in the short-term.”

There is no news regarding BBVA’s reaction to what Goirigolzarri said. We can only refer to comments from BBVA president Francisco Gonzalez. During the presentation of the bank’s 2017 results, he said it has no plans to integrate any physical bank.

“We are in such a strong digitalisation process that an operation involving a physical bank would consume resources and is not profitable. Any physical acquisition deal has very important implications, integration is a very hard job. We know that because we have done it. This bank should not be involved in that sort of thing, and it isn’t.”

The original idea of a macro merger between these two banks came from the still serving Spanish Economy Minister, and upcoming ECB vice-president, Luis de Guindos, according to a recent article in the online daily Hispanidad. The argument supporting the operation would be to create a bank which could join Santander in the list of European systemic banks.