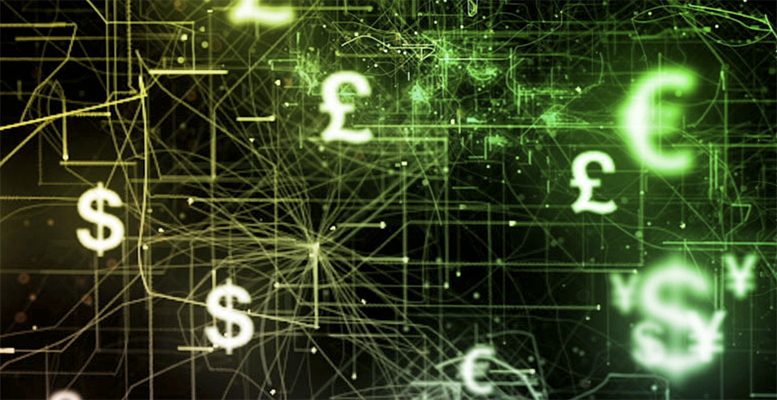 Today, technology allows for what before seemed like some kind of utopia: an electronic coin, although there is concern about its impact on lending and economic activity. This idea is usually associated with the bitcoin, despite the fact it doesn’t meet any of the requirements of a real coin. It’s not generally accepted as a means of payment, as it’s limited to the circle of the enlightened.

Nor does it serve as a deposit of value, given its very volatile trading, a factor which in turn invalidates it as a hypothetical accounting unit. You just have to look at the fact that its use lies in the capacity to transform itself into dollars or euros, hard cash. Today the coin is made up of notes and coins issued by the central banks, which enjoy unlimited capacity for responding unconditionally about its value. A monopoly shared with the banking sector which completely hogs the money in circulation, in the form of deposits. The promise of being able to obtain cash going to a window is enough for us to trust in these entries. This inverted pyramid, whose vertex lies in the security the central bank offers of maintaining the solvency and liquidity of the system, still brings a high price. From guaranteeing deposits to intruding on a large scale in the banks’ activity. A control which is justified by the underlying risk in the substantial imbalance in the maturity of both sides of the balance sheet. Not to speak of the exposure to huge losses if there are unfavourable winds in the economy. A supervision which is completed with an almost unlimited access to primary sources of liquidity.

Far from limiting themselves to just intermediation, the banks generate fresh cash at will. All they need to do is grant loans which feed new deposits and increase the liquidity of the system. This obliges the monetary authorities to closely monitor the evolution of the monetary supply, using the carrot and stick approach to curtail enthusiasm in phases of overheating or boost financing in the rough times. A desire to anchor down stability frequently truncated by the tendency to accelerate the bonanza more than is reasonable and then delay a response when bad times are on the cards.

The technological revolution, by allowing for a huge amount of book entries to be managed, now transforms into something feasible what before seemed like a utopia. In general, the scheme implies that the central banks allow universal access to their balance sheets, issuing digital money. It would thus protect the system of payments and deposits of value against any risk, not being indispensable to worry in excess about the banking sector’s activity nor give it any special treatment. It could also provide an answer for the substitution of jobs by robotization, or solve the problem of excessive public debt, easing the increasing pressure on finances from burdens like pensions. It all looks advantageous and central banks like that in the UK are already analysing its implications in depth. With all that, nobody yet has a convincing answer which will ensure an ordered transition, avoiding an accelerated flight from bank deposits capable of fuelling the collapse of the financial system. For that reason, the protective mantle should be kept in place for a prolonged period of time. If this care is reduced to exercising caution when proceeding with the change of model, the debate about its impact on lending and economic activity is empowered. Not to mention the question it begs about how to assign the creation of the new money needed to accompany the economy’s expansion.

Some talk about distributing it equally. Others favour handing it over free to the State, thus lessening the tax burden and the need for debt. The essential point is to determine whether the advantages of the scheme exceed the possible inconveniences, an exercise which is to a great extent speculative since the reality always takes us by surprise. Imagine how the credit market would react. If the banks don’t have the advantage of securing liabilities, we could imagine a situation where financing is more expensive. Those in favour of the idea argue that in an environment which is totally competitive and exempt of entry barriers it would translate into cost savings and narrower margins, finally overcoming any initial difficulties. If all liberalisation involves undoubted improvements in markets susceptible to incorporating technological transformations, this factor doesn’t seem to play a decisive role. It’s better to count on the benefits of associating it with a wide range of services, a field which is more appropriate for the starters than for the incumbents. By accentuating the banks’ instability, especially in Europe where it constitutes the primary source of financing, the bill can be steep, obliging substantial levels of public support to be maintained over a long time. Adaptation problems which would be solved with an ordered transition, according to those who defend this view. But the key objection lies in making the control of the money supply a prime objective, when it just constitutes a mere leverage to influence lending volume, the authentic thermometer and lung of economic activity. What would be the point in this desire to subdue a key variable if it’s incapable of ensuring there is an adequate offer of financing?