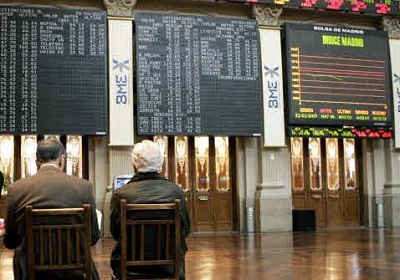 By Carlos Díaz Guell, in Madrid | May 15, in Madrid, was bank holiday in commemoration of its saint patron San Isidro. But the stock market was opened. The IBEX 35 closed that session at 6,700 points, ranking at September 2003 levels. Drawing on the daily exchange rate of that day, the drop so far this year (fall, thud, even crash if the readers would rather use a harsh word) has been of 22.27 percent and over 53 percent from November 2007.

The reduction experienced during these last four years in the Ibex 35 companies’ capitalisation value has been of close to a quarter of a trillion euros, which means that all selected index stocks trade at particularly attractive prices to buy. And this fact, that would be good for individual investors were they more active in the markets that they nowadays are, has the perverse effect of placing almost all Spanish listed companies at risk of receiving a takeover bid, which could eventually lead to a change of hands in the company management.

Today, almost two thirds of companies in the Spanish index trade below book value, and many of them have a price per earnings ratio of a single digit but a dividend yield of two. This means that the loss of market value of listed companies is higher than the cut in corporate profits for most of the companies in the Ibex 35. These companies can be bought at bargain prices, which definitely poses a danger to the stability of Spain’s core of the most important Spanish industries.

There is only one thing that protects them: the euro crisis. Indeed, despite the market vulnerability of most companies, the many uncertainties in the global economy is a certain safeguard against unwanted corporate movements that could trigger such operations.