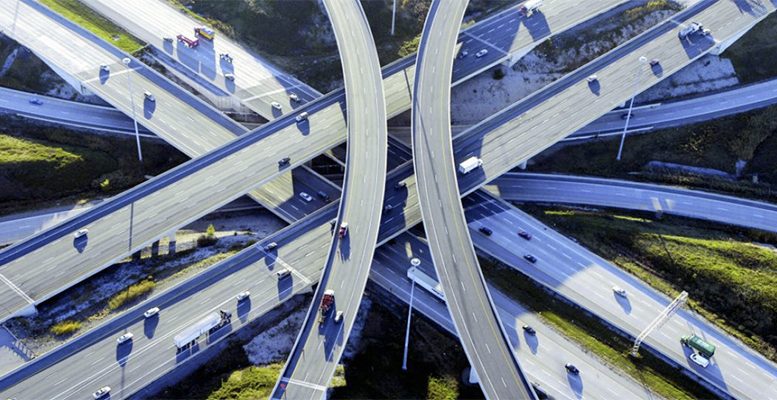 Catalysts for Ferrovial in 12-24 months

Carax- Alphavalue | 2016 is no great vintage for Spanish group Ferrovial which spent the year sailing into headwinds including the bankruptcy of one of its US toll roads in March, Brexit in June (36% of sales are generated in the UK) and the widening of South European sovereign spreads from October.

Its contracting businesses continued to suffer from lower demand, particularly in UK Services, where local governments are under pressure, forcing Ferrovial to depend more on lower-margin utilities works. The Construction business saw the end of several major projects which has been only partly offset by Budimex’s strong performance in Poland.

As a reminder, Ferrovial can be looked at as a specialist holding company in concession- related assets. The upside potential is significant on that basis (25%).

Despite these adverse winds, the toll road business performed well. At constant perimeter and currencies, revenue was up 20.3% during the first nine months of 2016 while EBITDA grew 18.4%.
Most of the performance comes from the in Toronto, Ferrovial’s 43%- owned money-spinner, for which the operator is able to charge whatever price drivers will tolerate. Not a small feature when the surrounding roads are fully saturated. On top, late payers may face plate denial which is quite an effective way to get drivers to pay their dues.

Future results should be marked by a lower traffic growth at 407 ETR due to the maturing profile of the road, possibly offset by the opening of two new extensions: 407 East Phase I opened to traffic in June 2016, and 407 East phase II expected to be completed by late 2019. Together, these two extensions will prolong the 407 highway by 63km (+58%).

Ferrovial’s North America contribution (currently 16% of revenue and 39% of EBITDA) might be scaled up in the coming years as US regulators are increasingly flashing the light on PPPs’ potential capacity to revive the country’s crumbling infrastructure network and thus solve the blatant need for private money. A need exacerbated by the flagged Trump’s stimulus plan, likely to be rolled out in the coming years as it is the only measure which has received favourable opinion from both Republicans and Democrats so far.

The market itself seems to have priced Trump’s infrastructure boost for directly-exposed industries. One month after the election, AECOM was up 42.1%, Caterpillar 16.2% and Deere 15.6%. Other US-exposed European players also benefited from this speculation, albeit to a lower extent (CRH (Add, Ireland) +9.5%, ACS (Buy, Spain) +7%). There is no reason why concessionaires would not benefit as well from this momentum.

However, there is a strong case for future PPPs to come under authorities’ greater scrutiny as numerous toll roads operators have gone bankrupt over the past few years, bringing up a debate over the privatisation of public roads.
Unfortunately enough, Ferrovial’s US track record is far from immaculate. Out of the five completed projects, two filed for bankruptcy. In 2016, a Ferrovial-led consortium in charge of operating a toll road between Austin and San Antonio (Texas) filed under chapter 11 having failed to restructure a $1.3bn debt burden while another one, operating a toll road in Indiana, went bust after eight years of operation. In both cases, Cintra (Ferrovial’s operating subsidiary) overpaid for assets whose prices were based on overly optimistic traffic growth assumptions and put in place inadequate financial structures, creating significant liabilities from badly-timed interest rate swaps.

However, recent history tends to show that going bankrupt in one sState doesn’t hamper talks with others as Cintra recently landed a $3bn contract to build, finance and operate a 35km concession on Virginia’s Highway 66.
In a nutshell, the US should be a strong growth driver for Ferrovial as long as Trump’s protectionist rhetoric does not obstruct the flow of foreign private investment.

The latest market noises suggest that the group is eyeing up Brazil, where the government intends to pour private money into the country’s flagging infrastructure network, currently ranked 120th out of 144 by the World Economic Forum. Talks include a potential bid for the privatisation of four airport concessions ($6.6bn price tag) and the acquisition of three power transmission lines from distressed Spanish group Isolux.

Although no award is expected before Q1 17, Brazil might be a good bet for European concessionaires like Ferrovial or Vinci (Add, France) given the government’s stated willingness to promote cleaner and safer tender processes that should help foreign investors regain confidence after years of Dilma Rousseff interventionism.

All in all, we like Ferrovial but see it as a mid-term call rather than a short-term one as the recent rates hike and the fall in sterling are likely to weigh on the share before the positives of new awards take over. Other stocks like Atlantia (Buy, Italy) and Abertis (Buy, Spain) offer a greater exposure to concessions with stronger short-term upsides. On the other hand, someone committed to keeping a strong exposure to the Construction sector might prefer Vinci, offering a good Concessions / Contracting mix, a strong geographical diversification and an attractive upside.