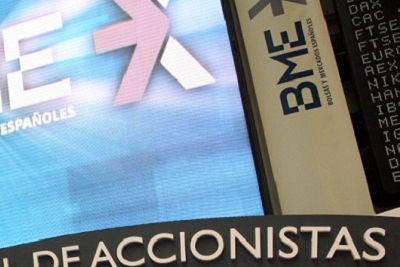 MADRID | Equity trading in Bolsas y Mercados Españoles BME dropped by 25% year on year in March. Total equity volume traded reached €176.935 billion during the first quarter of 2012, which represents a 28.5% fall, too. But analysts at Bankia Bolsa say we should put things in context before letting ourselves go with the flow of hopelessness that has lately surrounded everything economic and Spanish. Where is the key for their optimism?

“We must consider that, although the Spanish stock index Ibex35 has suffered a 6.1% depreciation in the first three months of this year, the average loss in Stoxx50 has been 7.9%. We also note there has been a month of month recovery of 34% from February, due to a positive reaction after the end of the ban on short positions.”

At Bankia, experts remind investors that BME will pay in May dividends from two sources, return on unrestricted reserves and a complementary interest.