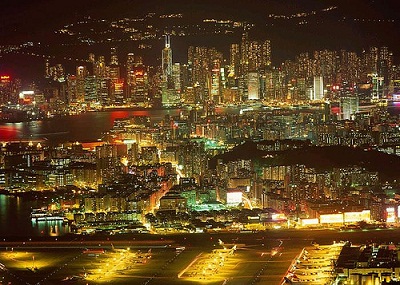 BEIJING | The rise and fall of the entrepreneurial community in the Chinese city of Wenzhou, Zhejiang province, is an example of the consequences attached to moves such lowering the GDP growth under the 8% without coupling this measure with an strategy that ensures a sustained level of growth. Known by its entrepreneurial society, the city’s businessmen panicked when they couldn’t repay the money they borrowed in the first hand to start their businesses.

Wenzhou was on the good track thanks to the fact that a stake of the economic engine was away from the avaricious state companies. It was not that simple, though. The Chinese model’s weaknesses proved the risks of easy lending. China, an expert in delimiting areas for experimentation (like the Special Economic Zones), is keen on making of Wenzhou a laboratory for the entrance of private capital into the financial sector. Chinese financial sector does not take into account the needs of small and mid-size businesses. Nevertheless, if it finally gets to be approved, the city’s new status as a “pilot zone” would meet the ambitions of the outgoing prime minister Wen Jiabao: ultimately authorizing the entrance of private capital into the financial sector under a “standardized and open process”.

However, until projects like Wenzhou’s get to be “standardized”, China will continue its dynamics. JP Morgan highlighted that although it seems that its economy will have a soft landing, a hard landing is still a possibility. Chinese economy is progressively slowing thanks to the policies aimed at containing inflation. There is the risk that it goes too far suffering an excessive slowdown. So far, according to the financial analysts, policies are working, something that the Chinese government is happy to hear while it is determined to continue with the path taken: controlling inflation even though it results in a slowdown.

For a communist party that is busy with the once in a decade leadership transition, the key point is how to balance stability and reform. JP Morgan argues that the Asian country is currently suffering more political than economic risks. The communist party is very quick in creating economic policies, which conversely turn out to be of very slow implementation. Wenzhou was chosen for this innovative project due to the very disastrous experience their entrepreneurs suffered. Notwithstanding, it also shows the internal tensions within the party between the liberals, like Wen Jiabao, and the conservatives.

The model tailored for Wenzhou is aimed at putting forward rather liberal measures in order to foster investment, innovation, domestic consumption and aperture. Politics and economy are currently sharing the same field, playing a game where there is only one possible move:  renew or die.

Be the first to comment on "Wenzhou, China’s liberal experiment"