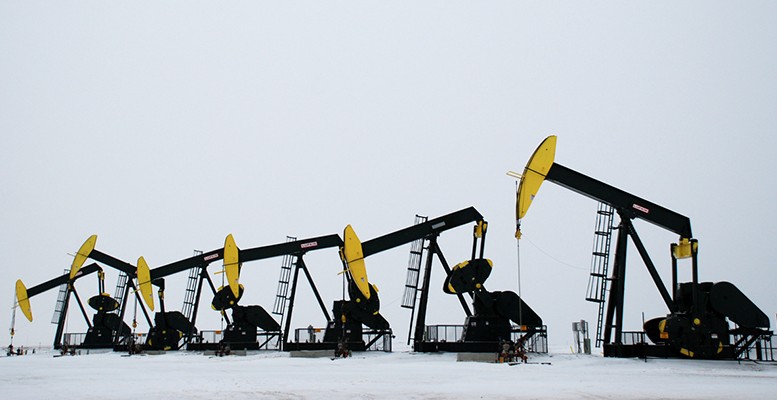 Low oil prices can be good for the drivers, but they are simply catastrophic for the oil companies and the markets, suffering from growing pessimism about the industry. A fall from over a $100 to just 30, or under, over the last 18 months is almost impossible for any business to bear. No wonder the industry is experiencing its most brutal downturn since the late 1990s, while some CEOs are expressing their fears over the future.

Nobody is safe from what is a real earthquake. All the biggest companies have seen their earnings sharply reduced and some of them are already loosing money. Royal Dutch Shell said its earnings, adjusted for inventory changes, dropped 44% from the 26.9 billion crowns booked a year earlier.

Exxon Mobil, the American industry’s largest player, reported a 58 percent decline in its quarterly profit to $2.78 billion from $6.57 billion a year ago. For the full-year 2015, the company’s net income stood at $16.2 billion, roughly half that of 2014.

The situation is even worse for BP, which reported its worst annual loss in 20 years, posting $3.3 billion only in the fourth-quarter. For the full-year 2015, the oil major lost $6.48 billion, compared with a profit of $3.78 billion a year earlier. And ConocoPhillips lost $3.5 billion, its biggest loss since the financial crisis.

Repsol is also in bad shape. Spain’s largest oil company and Europe’s fifth-biggest by market value, reported a net loss of €1.2bn in 2015, after one-off provision charges of €2.9bn after crude prices collapsed. All this could have been even worse if the companies had not had the possibility of obtaining stronger returns from the refinery business. This is a typical situation when oil and gas prices, vital raw inputs, are low.

While the larger corporations are having some luck in fighting prices, almost all the smaller ones are loosing money, or are even close to bankruptcy. Linn Energy, a Houston oil Company, said it is exploring options to shore up its balance sheet, including bankruptcy.

The U.S. companies, in particular, have been knocked sideways by the low prices since many of them operate in the fracking business. Some of them are even out of cash. Several U.S. oil producers, according to Schlumberger, ran out of cash in their annual drilling budgets well before the midway point of the fourth quarter

These losses have been produced as a result of the heavy fall in revenues and margins. But they are also due to the impairment charges booked to compensate the loss in the value of their assets. For the time being, the whole industry is trying to reduce costs as much as it can. One example is workforce reductions.

Shell announced 10,000 job cuts worldwide; BP will cut 4,000 jobs this year in its exploration and production unit and about 3,000 in its marketing and refining business; and ConocoPhillips, the No. 3 oil company in the U.S., shed 1,800 jobs.

The industry is sharply downsizing its exploration and production operations. Shell cut capital investment by $8.4 billion, slashed operating costs by 4.1 billion and exited from exploring in Alaska for the foreseeable future. ConocoPhillips cut its U.S. drilling rig fleet from 13 to just 3 rigs. And Repsol cut its spending on exploration and production investments by 40 percent.

The Spanish company, like most of its peers, is also selling assets. The oil giant has sold about €2bn of assets over the past six months, and is on course to meet its €6.2bn disposals’ target by end-2018.

Despite the drastic measures already taken, the conditions remain so difficult that analysts, business banks and rating agencies think all this is not enough. So they are beginning to argue that the industry may need to go much further. And they are acting on this. The rating agencies have already downgraded the credit quality of some of the largests players in the industry.

Standard & Poor’s downgraded Shell’s long-term credit one notch, to A+ from AA-, putting five other European oil majors on watch for similar potential downgrades, including BP and France’s Total.

As we said before, U.S. companies are bearing the brunt. On Tuesday, Standard & Poor’s cut the ratings of 10 U.S. oil and gas exploration and production companies, among them giants like Chevron Corp, Marathon Oil Corp and EOG Resources.

This could worsen the financial outlook for these corporations, worried about their credit ratings. This can affect the cost of borrowing to fund their operations or pay for corporate needs. Needless to say, many of these companies have enormous debt as a result of big investments in exploration and production, as well as the acquisition of rival firms. Repsol spent $8.3bn to buy Canada’s Talisman.

So the outlook is very gloomy and nobody expects an improvement in the coming months. It is expected that prices will rise again, but not before late this year or 2017. The big question is whether the industry will be able to survive until then.