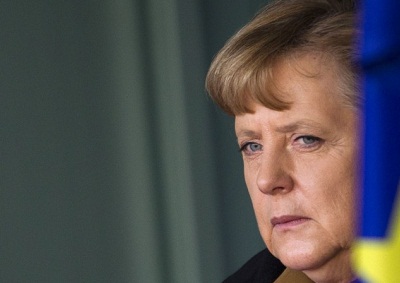 By Luis Arroyo, in Madrid | A misdiagnosis can be fatal for the patient. Especially if the doctor is German, or Spanish but disciple of the Bundesbank school. Inflation is bad and so the public deficit is, that is the slogan. Let the people discuss whether this or that department should be reduced or not, and what about pensions or public investment?, VAT yes or no?, while the economy gets worse and worse and unemployment spirals up. But the diagnosis invariably says: do you see? You have not cut enough yet. Only when you have pruned all at ground level and put salt on your wounds, only then you will be pure (with no debt) and will grow.

This is the message sent in from Germany, from the Bundesbank, where they give lessons to everyone else because they are doing very well: all the money coming out of Germany returns to it at full speed, because the air outside is too smelly. That’s why they are in a hurry for the European Central Bank to raise interest rates …but if it does, it will exacerbate the rot.

We have a problem: the problem is a dysfunctional euro. The euro won’t allow us devalue the euro. Everybody knows that. But there’s more to it. Its issuance from the central bank is not distributed country by country as it would be within a nation. The truth is that there are nations in which credit is tight, then plummets …because not even a euro comes in.

At the European think-tank Bruegel, they make an estimate of the components of external funding for the euro zone countries, using the correspondence of current account = balance of capital movements, and then they come up with the following chart: On the right hand side, our readers can see those €500 billion of funding for the PIIGS countries that come from the TARGET programme (accumulation of defaults in the liquidation of the centralised payment system). On the left, we can see how Spain is the second recipient of TARGET funds, then Italy. An uncomfortable fact for, I believe, it does not appear in the official figures as liability.

Furthermore, it is evidence that the monetary injection is not distributed uniformly at the official interest rate. That means that the PIIGS countries’ banks have to pay more in exchange of their liquidity, or get a bigger haircut when they need credit from the European Central Bank (ECB). Private equity runs in one direction only from south to north. Capital injections and the cancellation of the TARGET programme have prevented the collapse of the system, but the financial adjustment is slow because there is no devaluation.

I said it before and I will say it again: the ECB is a zoombie. Money comes out from some countries and returns to the euro core economies. Thanks to TARGET2 and the lack of settlement of those debts between central banks, the sudden stop of private capital doesn’t work, as shown here. One question Bruegel poses is whether the net outflow of private capital is triggered only by the sovereign debt crisis or it also affects the private sector. About that: Therefore, it is not just a problem of public debt volume that we face. A dysfunctional monetary policy cannot boost market confidence in those countries with struggling economies and banks. Liquidity injections help little when that liquidity quickly runs to core euro countries. The alternative is direct and permanent  investment in Spain and other peripheral nations.

Whenever the ECB buys Spanish bonds, yields will drop, but again, capital and liquidity will improve very little in Spain.

Be the first to comment on "Listen, Germany: it’s not (only) a debt problem, we need direct investment"