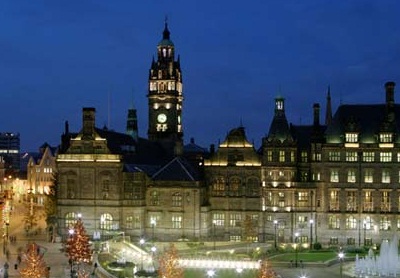 LONDON/MADRID | Sheffield City Council in England announced that Ferrovial Services’ subsidiary Amey was the preferred bidder for a contract to maintain the city’s infrastructure in a project worth £2 billion or €2.425 billion in revenues. The contract includes a 5-year programme of upgrade works, followed by maintenance for 25 years. The Ferrovial Services subsidiary will take responsibility for 1,900 km of road, 68,000 street lights, 500 traffic signals, 600 bridges and other structures, 2,400 retaining walls and 35,000 highway trees across the city.

Santiago Olivares, CEO of Ferrovial Services, stressed the consolidate presence of the Spanish company in the country. Amey is currently in charge of maintaining roads and other infrastructure in Birmingham under a 25-year PFI contract worth £2.7 billion, close to €3.1 billion:

“This decision reaffirms our leading position in the UK and our model based on cost optimisation through integrated management of services and a long-term commitment to the city,” Olivares said. “Both Sheffield and Birmingham are two clear examples, on a global scale, of efficiency, innovation and service to citizens.”

Sheffield will benefit from the creation of 170 jobs, Ferrovial noted in a press release, including over 30 for apprentices and graduates. Up to 500 Sheffield City Council staff will be transferred to Amey once the contract starts. Amey will also be seeking local Sheffield businesses as their preferred supply chain partners.

Ferrovial Services estimates that by integrating the main services that are currently outsourced, a city of 100,000 people can save an average of 15-20%. The company division has had a positive year in 2011, experiencing strong organic growth, with €2.8 billion in revenues. UK subsidiary Amey reported €1.283 billion in revenues in 2011.

Be the first to comment on "Ferrovial awarded Sheffield €2.4bn infrastructure maintenance contract"