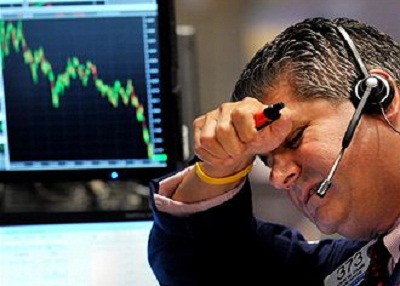 NEW YORK | As the European Central Bank signaled it may resume asset purchases if needed to stem the crisis, the yield on Spanish 10-year bonds slid to 5.82%.

Notwithstanding the last few days Spanish bonds went under the unwanted spotlight: yields on the 10 years bonds rose to nearly 6% on Tuesday, the highest since January. In less than two months, Spain’s interest rate has risen about one point. Italy’s 10-year bonds yield has risen by about 1 percentage point. Borrowing costs are nearing the levels that precipitated bailouts for Greece, Portugal and Ireland. This has been considered by some analysts as one of the reasons for the last two days Wall Street sell-off.

There are some alternative explanations for both Easter public debt auction low demand and the sudden increase of the Spanish bonds yields Monday and Tuesday. Increased concerns on global economy (worse than expected labor report on Friday and bigger than expected Chinese inflation) reduce the appetite for allegedly risky but very profitable assets like Spanish or Italian bonds.

In this scenario, Spanish bonds yields could be at least partly a consequence of the worries on global economy outlook more than the cause of those worries.

On Tuesday the Spanish economy minister Luis de Guindos insisted that the government would not be distracted by short-term market fluctuations and would stick to the austerity plan needed to meet the deficit goals for the country.

Yet for some analysts the problem is much deeper.

“It’s not about the Spanish economy itself and what level Spain should be paying to simply borrow money. It’s all about the effect of the Spanish banks. It looks like they are going to require massive recapitalization,” points out co-head of the Special Situations Group at Newedge Group Ltd., Bill Blain. For Mr Bain, the fact that the ECB can jump in to fix the situation is “a clear signal that nothing is fixed.”

The fact that U.S. labor force is growing at about half the rate it was 20 years ago, according to recent projections by the Bureau of Labor Statistics, might also be taken into account for some in Wall Street.

“We live and operate in a global world and the lack of significant progress in Europe combined with weaker domestic job prospects have served to put investors on notice: We are not fixed yet,” Kevin H. Giddis, the executive managing director and president for fixed-income capital markets at Morgan Keegan & Company, said in a market commentary.