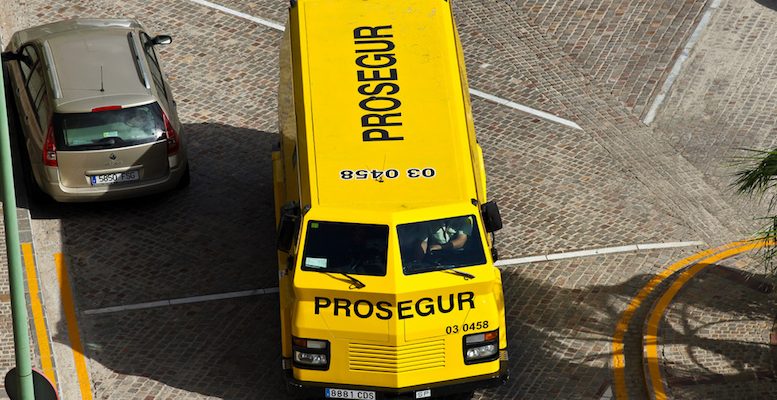 Prosegur plans to list up to 40% of its Prosegur Cash affiliate via a share sale exclusively for qualified investors, according to a document lodged with the Stock Market Regulator (CNMV). The company currently directly owns 51% of Prosegur Cash, its cash-in-transit unit, and the remaining 49% through its Prosegur Assets Management arm. After the IPO, Prosegur will hold 51% and Prosegur Management between 9% and 24%. This means Prosegur Cash’s free float will be between 25% and 40%.

Prosegur Cash is the group’s main cash flow generator, contributing over 90% of results. The reason for its stock market listing is to give the company’s management more independence and boost growth,  particularly non-organic growth. The market is very fragmented, with over 500 companies, and Cash’s goal is to lead the sector’s consolidation.

Prosegur already has experience in acquisitions and integration, having made 18 important deals since 2001. With the over 1 billion euros it could raise from the sale of its affiliate, the group plans to reward shareholders, cut debt and inject cash into its two other businesses (security and alarms).

Futhermore, the company will have debt of €526 million and will earmark 50-60% of earnings for dividends. This debt represents 1,4x of group EBITDA. The funding banks have put a limit on Prosegur Cash not to increase its debt over 3,5x EBITDA. This means that with current EBITDA, its debt could triple to €1.340 billion. But the firm is committed to maintaining strict financial discipline, meaning that its debt/EBITDA ratio would not exceed 2,5x, equivalent to a net debt limit of €955 million, given its current EBITDA. This comfortable situation will allow Prosegur’s subsidiary to finance its expansion plan. The company has announced it will earmark an average of €50-150 million annually for acquisitions until 2019. Its expansion will be focused on Africa, Asia-Pacific, the Middle East and the US, where it has a smaller market share. It is the market leader in Latin America and Spain. Over the last three years, it has spent €129 million on acquisitions.

Prosegur Cash is expected to make its market debut on March 16, although the final date will depend on the CNMV’s approval of the IPO prospectus, and market conditions being favourable.