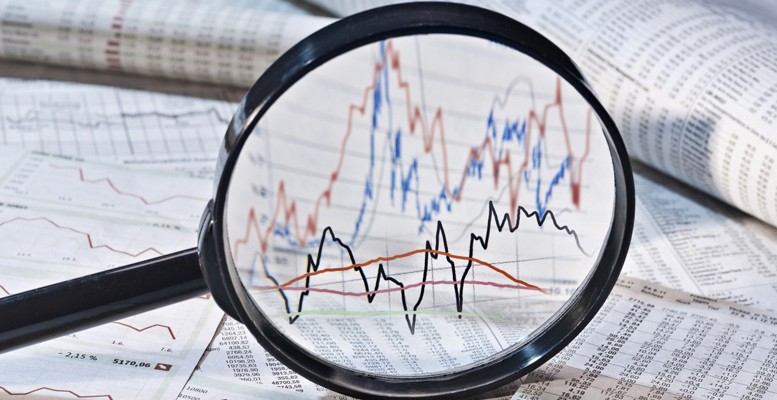 There are various ways of measuring the volatility of equities, but for me the most representative are: a) what is known in the Anglo-Saxon world as the fear index, VIX, and b) the ample range formed by the intra-day movement of an asset price. In other words the difference between the maximum and minimum level of a share price or index within the same day. As Víctor Peiro from GVC Gaesco points, if we look at the performance of this volatility index, both for the US and European indices, we can see we are close to record lows. “There is a debate between those who believe there is too much complacency and those who think this low volatility is justified, effectively, by a fairly controlled economic environment”, explains the analyst.

Over the last two years, bouts of volatility linked to political and geopolitical issues, like terrorist attacks, have had less and less influence. It’s also true that there can always be surprises. That said, there’s something we shouldn’t lose sight of, that there are two components involved in the evolution of the indices: one related to feelings and the other to fundamentals.

From a fundamentals point of view, the economic impact of the political events which were feared would have an impact this year has, for the time being, not been significant. The numerous terrorist attacks in Europe over these last few months have had a limited effect from a financial point of view (sadly not on a human level). Not even the flow of international passenger traffic has suffered very much. Political changes both in France and Holland have not been radical, and there is still much to be said and done in terms of Brexit.

In Peiro’s opinion, the two main reasons which justify the low volatility are the reduction in the difference in growth amongst the emerging markets and the Central Banks’ new “ultra-transparent” communication policy.

Looking at the first point, global GDP is growing a little less than in the previous decade (3.5% vs 4-5%), but the growth is more balanced beween emerging and developed countries. This means that the complications in any one specific market do not destabilise the global economy (as we saw in the case of Brazil in 2016). With respect to the second reason, the Fed doesn’t leave much room for surprises as far as the rate hike process is concerned, as we saw two weeks ago.

If everything develops in line with the consensus, there will be one more 25 bp rise in the US reference interest rate this year and three further hikes of a similar amount during the following two years. Furthermore, everyone knows that this normalisation path depends on economic data. As inflation grows, the rate rises will be speeded up, but if there is less growth in prices, the hikes will be at a slower pace. It seems like the Central Banks have learned that’s important not to be too pro-cyclical.

In addition to low volatility, the other important variable over this period is the decline in crude prices. The good thing about this drop is that it’s clearly a response to a problem of supply and not demand. Despite the changes in habit in some segments of consumption, like the automotive sector where there tends to be a lower unit cost, the signs are of low, but continued growth.

So, it’s the increasing contribution from alternative fuels coming from the US for the time being, but also present in many other markets, which is keeping a cap on crude prices, along with higher production from Libya and Iran, which offsets the self-control on the part of Arabia and Russia. This phenomenon is obviously positive for global activity, which is for the most part consumer driven. One of the by-products of this trend in energy prices is lower inflation expectations.

Apart from the cut in CPI forecasts recently made by the ECB and the Fed, the market has also begun to consider a scenario of lower inflation. The trend in public debt yields and the implicit inflation in inflation-linked bonds are proof of this.

According to GVC Gaesco, we will see further consolidation in the coming sessions.

We already said that the fact there was no major profit-taking in May means that the consolidation period will be longer and will happen in different sectors. In other words, instead of there being a sharp fall in the markets which attracts cash, we see how investment moves from one asset to another, trying to hold on to the gains made over the year. But at the same time, being careful not to lose out out on any rise in prices if the market recovers.

In line with this strategy, regulated assets with a measured but visible yield are worth considering. We are talking about property assets (either via direct investment or via socimis), the concessionaires (motorways, airports, electricity networks) or the renewables. The latter have become protagonists again thanks to the  latest corporate transactions and the renewable auctions which are taking place not just in Spain, but in many international markets.